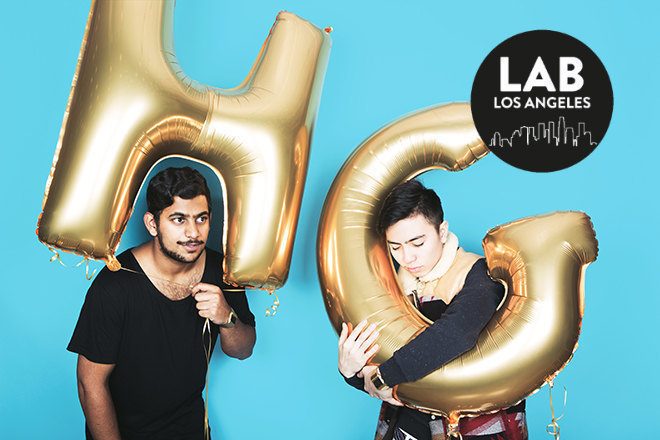 The Lab Los Angeles is Mixmag and Smirnoff Sound Collective's weekly post-work unwind where we stream only the finest American and international DJs, live and direct from our Downtown LA office. On Wednesday, we welcomed Hotel Garuda and Bones into The Lab LA.

Hotel Garuda is Manilla Killa and Candleweather, a pair of LA-based friends that first met while in school together in Indonesia. Since being named an "artist to watch" in 2014, the duo has yet to fail to meet expectations. As official remixers for the likes of Lana Del Rey and Galantis and with debut performances at Coachella, EDC Las Vegas and The BPM Festival, the list of notable achievements only continues to grow for the promising young pair. Hear their debut original 'Smoke Signals' here.

Los Angeles mainstay Bones has been helping to shape dance and nightlife culture in the city for over a decade. On top of performances across the country's most prominent festivals, Bones is also a co-founder of Gotta Dance Dirty and manager of AC Slater's Night Bass label and event. Hear more from Bones here.

On opening duties, we welcome Yasi. Born in Iran and now based in Los Angeles, Yasi also doubles as a talented music photographer (photo above, shot by her) and a talented bass-driven producer. Hear more from her here.

The Lab LA is strongly powered by Void Acoustics. Subscribe to Mixmag TV and watch Hotel Garuda and Bones in The Lab LA below.