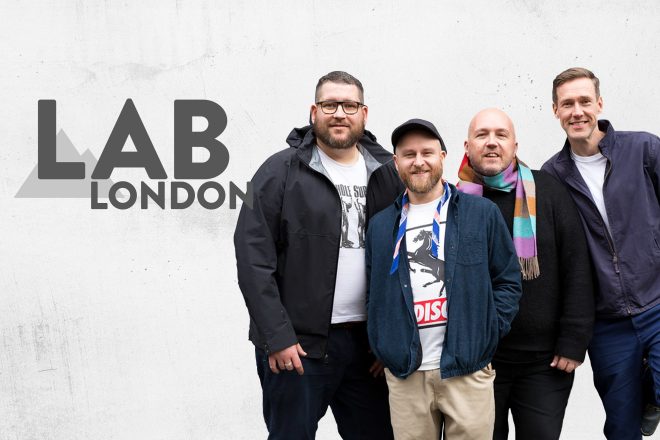 On Thursday October 11 we’re taking things up to a stratospheric level as Horse Meat Disco headline a special show at the ArcelorMittal Orbit tower.

The four party starters have been helping dancefloors hit euphoric peaks for over a decade with their vibrant disco-heavy selections. Their weekly “queer party for everyone” in South London is regarded as one of the most fun places to get down in the city, showcasing a spectrum of sounds in an open atmosphere. Keep your eyes peeled for an album landing on Glitterbox in 2019.

Catching these London linchpins perform in the striking ArcelorMittal Orbit tower will be a special experience. Standing at 114.5 metres high, it’s the UK’s tallest sculpture offering breathtaking views of the skyline. And yes, Europe’s biggest slide will be open on the night. Email daisy@wastedtalent.com for guest list.

The music starts at 6pm BST on Thursday, October 11. You can watch the recording on our Facebook page or MixmagTV at a later date.