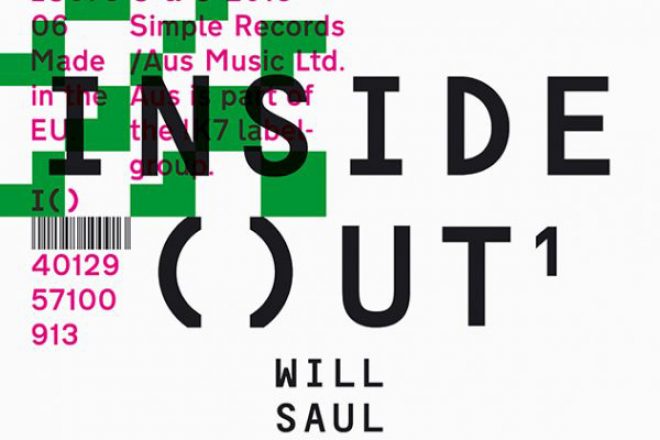 Aus Music label head and DJ-Kicks curator Will Saul has launched a new mix and compilation series titled ‘Inside Out’, focusing on 100% new and unreleased productions from some of dance music’s biggest names.

Each instalment in the series will be helmed by a different artist, encouraging them to work at the bleeding edges of traditional, standard artist full-lengths and conceptual mix releases. The final mix will be then released both digitally on CD, with a selection of the curated tracks available on vinyl.

With tracks from the likes of Pearson Sound, Move D (pictured), Lone, Faulty DL, Appleblim, Floorplan, Deadboy and more, Saul’s inaugural mix includes many Aus Music regulars. The project is reimagining the essence of club energy, taking listeners through the excitement and unknowing of hearing new music for the very first time.

Discussing the project in a press statement Saul states "I wanted to try and recreate the feeling I used to get in the 90's when you went clubbing and heard your favourite DJ play but had never heard the vast majority of the tracks he/she was playing,” adding, “Your mind would be constantly blown by hearing totally new music for the first time. We've pretty much lost this with the proliferation of online mixes, Shazam, early EP premieres and free streams.”

‘Will Saule – Inside Out’ is out March 30 on Aus Music, with a four-track sampler taken from the project available to purchase on February 23.