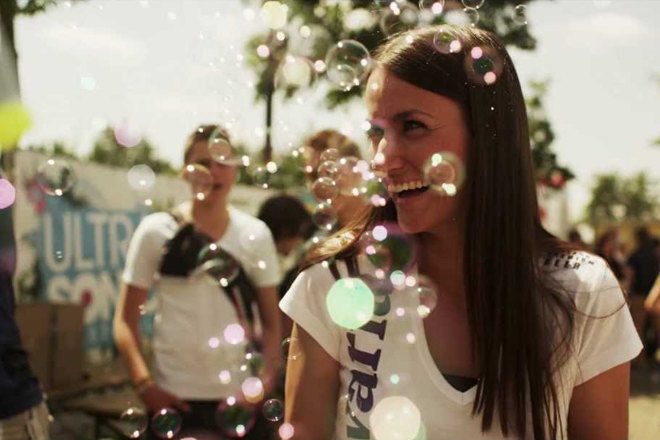 Anyone with access to YouTube and even the vaguest of interests in electronic music can't help but have noticed the cult of the aftermovie building these past few years. No festival, it seems, is complete without a retrospective recap of what went down at their event propping up their YouTube channel, whether that be a small boutique event like Gottwood or a big event like EDC.

But where this trend has really taken off is among the truly gargantuan EDM events of the world. Many point to Tomorrowland's 2011 aftermovie as the start of the phenomenon. At half an hour long, it rivals the length of some of the festival's DJ sets and has clocked up over 70 million views online so far, buoyed by the DJs willing to share the film, and by YouTube's support.

Aftermovies have become pretty impressive, too. They now feature more shooting angles than a Japanese origami sex manual and, like DiCaprio, probably deserve an Oscar. Yet, much like Hollywood blockbusters these videos increasingly mirror, while year on year the vids get bigger, more glamorous and shinier, the format is starting to feel a bit tired.

Typically, it starts with a few DJs seemingly reading out the visitors book your gran keeps in her hall ("I had a lovely time. Will definitely be back next year"; "What a friendly group of people"). There's usually a Dutch or Swedish DJ who gives a witness statement instead: "The arena was very big. There were a lot of people. A helicopter flew overhead, and then I played my set". There's then the obligatory slow-motion montage: Girl Dancing On Topless Boyfriend's Shoulders While Holding A Flag; Bro Staring At Ground In Sunglasses; Girl With Head Thrown Back And Eyes Closed; and of course Wheelchair Crowdsurf Guy. There's then 10 seconds of solid fire-cannon footage followed by DJ Looking Intently At CDJ Which May Or May Not Be Turned On. Like any great wedding, or any entertaining divorce, it all ends in fireworks.

But herein lies the problem. Much like EDM as a genre, aftermovies may well have reached a kind of peak. There are only so many sound-bytes of DJs maintaining this is "the one", so many barely-concealed-perv slow-mo shots of busty teenagers bouncing up and down before people start to point out that this isn't necessarily in any way related to how the festival actually went.

Where's the footage of your mate Jez passed out in a patch of shade outside the tent after washing down a Xanax with a pint of cider, then getting burnt to a crisp as that patch of shade swings slowly away with the sun? Where are the shots of punters waking up to soaring temperatures inside their tents and battling with crippling dehydration, only to settle on a Becks Vier as the best course of action for breakfast?

Maybe the makers just need to add in a few extra scenes to redress the balance a little: a close-up of a clubber's disbelief when they're told a beer is nine Euros, or an extended soundbyte of a DJ saying, "It's great to be here. Mostly because I'm playing the same nine tracks, in the same order, as last year, but there's an extra zero on my fee."

We all know that those YouTube clips of guys with mud and vomit down their fronts, swinging their arms around like they're about to throw the shot-put as a circle 20 metres in radius opens up around them, are a little closer to the real festival experience than the events organisers would care to admit. So maybe we need a few of these in the next round of aftermovies. A little bit more documentary-style gritty realism should be an option – perhaps the guy who made Super Size Me could explore the effects of three days of festival burgers on the human body, or Lars Von Trier could examine just how depraved the soul becomes after three hours queuing at a cash machine. Because if anything, the next generation are going to be in for a short, sharp shock when they get to their first festival and expect it to be a sanitised, friendly paradise where the sun always shines. Surely they deserve the truth.