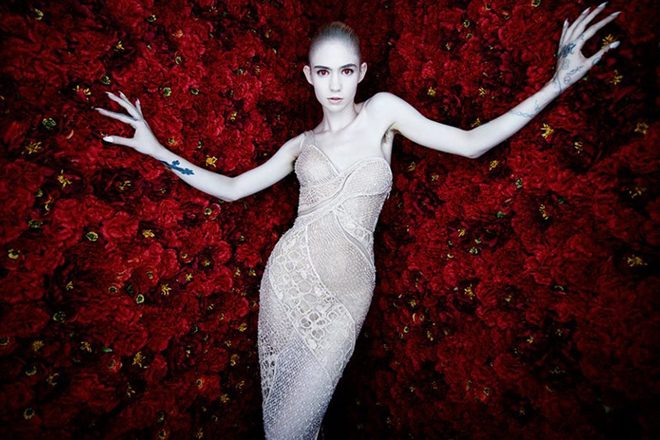 Grimes has revealed “working” titles for her fifth album, the follow up to her 2015 work ‘Art Angels’

The tracklist, revealed through the artist’s Instagram on Sunday, features titles: ‘thats what the drugs r 4’, ‘darq souls’ and ‘blaze forever like a useless star’.

The track names are not confirmed however, with the Canadian adding that they are "working titlez" and "subject 2 change but just so y'all know it's real”.

She stirred further excitement on Twitter by revealing she intends to drop a new song “soon ish”, asking followers if they’d prefer a “lame love song” or “heavy ballad”.

or a super lame love song i hate but other ppl dig or an elven take on train spotting soundtrack. those prob 4 main closest to being done rn

Keep an eye on Grimes’ Insta, more casual updates could drop at any time.

See the working tracklist below. 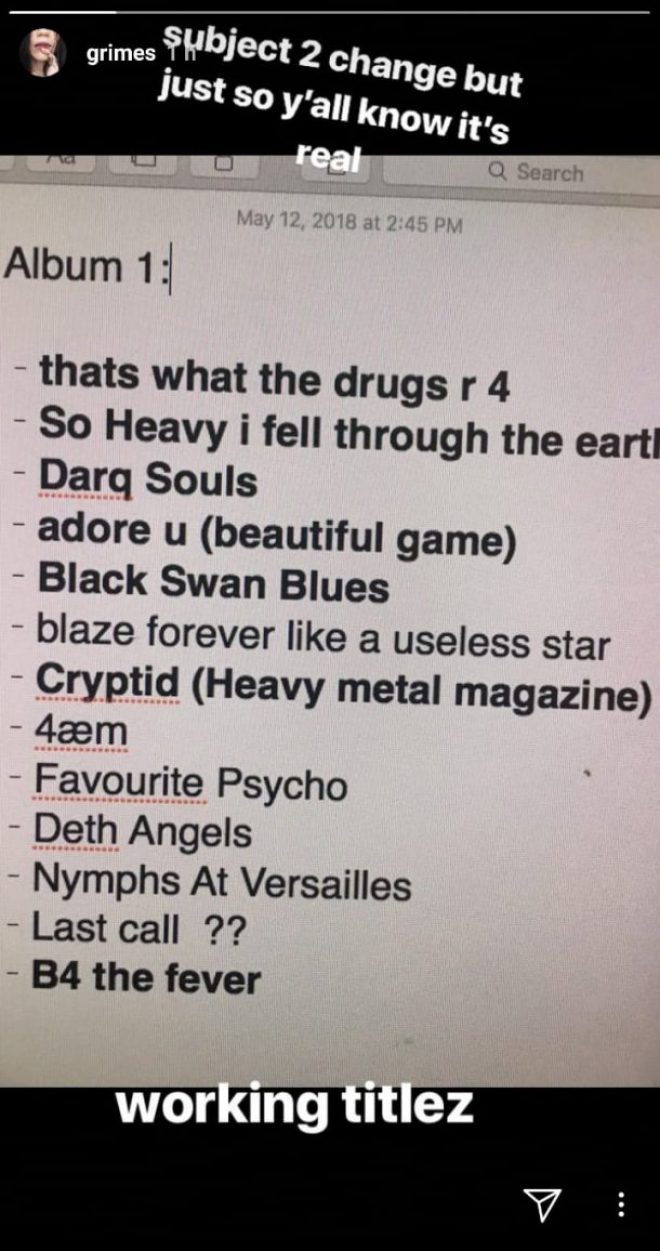