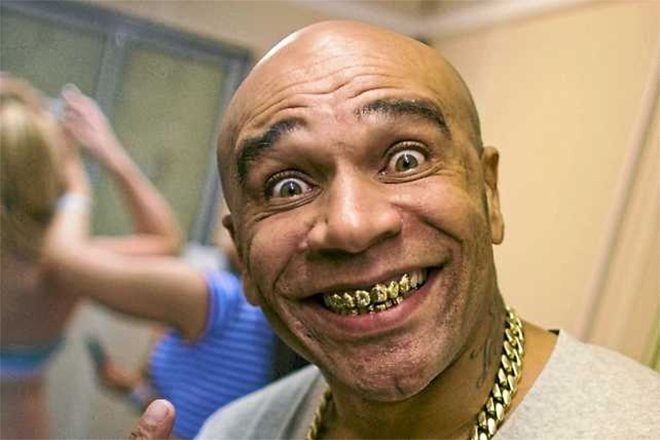 Having been charged with assault after he and his daughter Chance attacked a security officer who would not allow them backstage during last year’s Glastonbury Festival, Drum 'n’ bass innovator Goldie made his court appearance today via FaceTime from his current home in Thailand.

Despite having initially entered the plea of “not guilty” when slapped with the charges, Goldie changed his plea to “guilty” today via an email which read “Yup, guilty as charged.” District Judge Lynn Matthews refused to delay his case any further or accept his email as an admission of guilt, prompting Goldie’s legal team to contact him through a video call while court was in session.

With his famous gold-plated smile popping up on the screen for the whole courtroom to see, Judge Matthews was noticeably frustrated by the unorthodox approach and was further irritated when Goldie referred to her as “dear”.

Having none of it, Judge Matthews insisted that Goldie appear in court - in person this time - on May 30 to enter his plea of guilty. Once he does so, the charges against his daughter Chance will be dropped.

Check out the changing faces of Goldie in 15 photos here