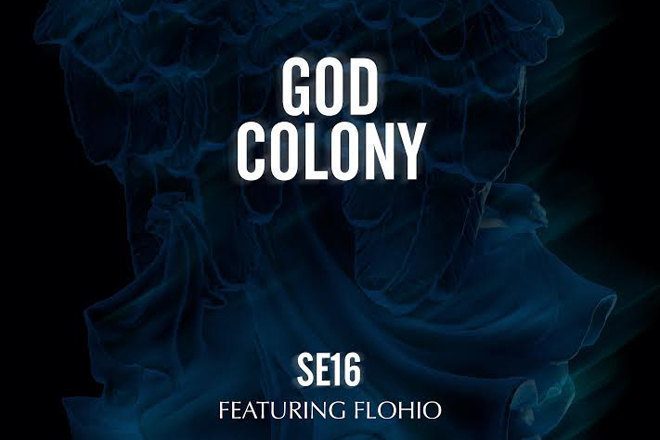 There isn't much music to hear just yet, but it doesn't take long to get your head around what God Colony are about.

From Merseyside but based in London, the duo have a taste for raw, upbeat productions destined for dark club spaces. Think screaming sirens, steely drums crashing and synths zipping. That's what you get on 'Steady' featuring south London MC Flohio, who they've called upon again for 'SE16'.

On the flip, they can slow things down for misty graveyard soundscapes, as presented on 'Where I Was' with Boston rapper Stash Marina. It's only the two aforementioned tracks listed on their SoundCloud right now, but they're a clear indication of the musical route they're taking: one that's calm and serene at times, but also one bumpy ride once the pace picks up and the storm descends.

Track number three arrives in the form of 'SE16', a track representing "the sound of south London’s streets, of city life, of the sprawling metropolis and its people". TRULUVCRU member Flohio shouts out her area with a punchy, no-holds-barred flow, with God Colony giving her a rigorous and humming production to deliver the goods on top of.

'SE16' is from God Colony's forthcoming 'Where We Were' EP, due out later this month