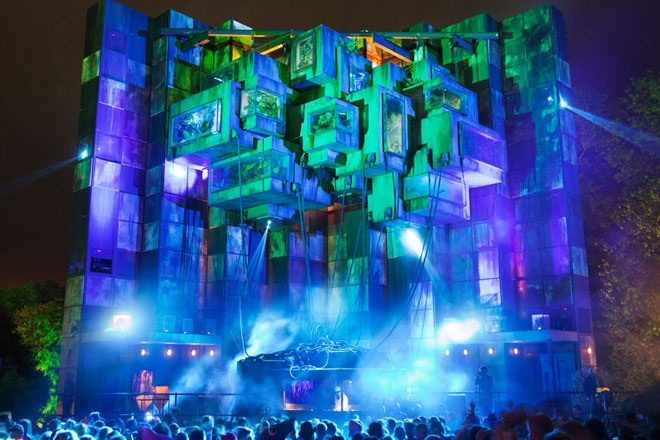 Glastonbury’s beloved late-night hub Block9 is being “doubled in size” for the 2019 edition of the festival.

Block9 co-founders Gideön Berger and Stephen Gallagher revealed the plans, which have been four years in the making, in an interview with Mary Anne Hobbs on BBC 6Music.

The area that houses the NYC Downlow, Genosys (pictured) and London Underground venues will now be spread across two fields and is extending its programming with a “very exciting new project”.

Speaking to Hobbs, the Block9 heads said: “Essentially, we’re doubling in size, we’ve taken over another field so Block9 is expanding and we have a very, very exciting new project that we’ve been working on for the last four years and it’s going to happen in June this year.”

Arcadia has also announced its fire-breathing spider will not feature in 2019 in favour of "a totally different adventure" that will "raise the bar" at the festival.