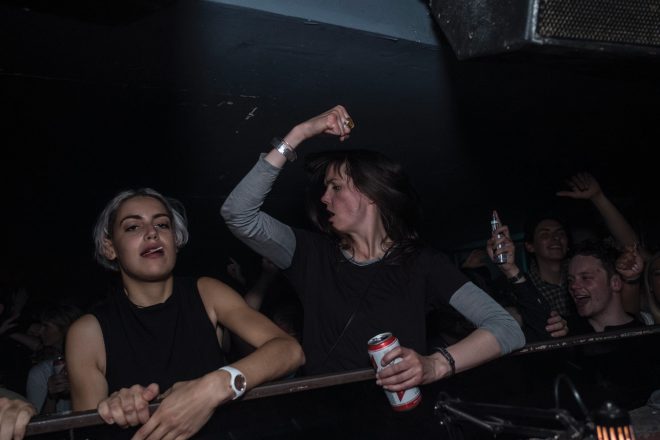 Glasgow is looking for ways to market itself as an international destination, and a new major report has recommended the city highlights its musical offerings, including promoting techno tours.

Scotland’s largest city boasts a wealth of venues, including Sub Club (pictured), which generate £160 million a year for the local economy, but only two per cent of the 1.4 million punters attending these musics spots travel in from outside Scotland and book hotel accommodation.

In a bid to attract more visitors from south of the border and further afield, Glasgow is looking to mirror the music-pushing approaches of places such as Liverpool, which strongly promotes its The Beatles legacy, and Nashville in the USA, considered the national hub for country music.

22 recommendations were put to a panel of representatives from the Scottish Music Industry Association, Scottish Enterprise and SSE Hydro outlining how Glasgow can market itself as a music hotspot.

This follows a report commissioned by Scottish Enterprise and Glasgow Life, the findings of which pointed to significant potential for Glasgow to increase international tourism, longer visits and increased spending of music fans.

Students from Glasgow Caledonian University were assigned with generating ideas to capitalise on the city’s music scene and heritage.

Dougal Perman, chair of the Scottish Music Industry Association, said: “Glasgow is a world-class, world-renowned city of music. Now we just need to tell the world.

“Music tourism makes a significant contribution to the economy but most of the money spent on music events in the city comes from locals. Glasgow’s high reputation at home and abroad is undervalued and under-exploited.

“There is great potential but more work needs to be done to learn from the experience of others and to design practical affordable and cost-effective interventions which would command the support of the industry.”

Claire Bereziat, lecturer in International Tourism Management at Glasgow Caledonian University, said: “Glasgow has a phenomenal music product but it is undersold.

“Everybody wants to play Glasgow and the crowds are famous throughout the world but we need to promote the stories behind our venues, and the thriving scene, to capitalise on that reputation.”

Watch our recent excursion to Glasgow to ask the Big Questions here.