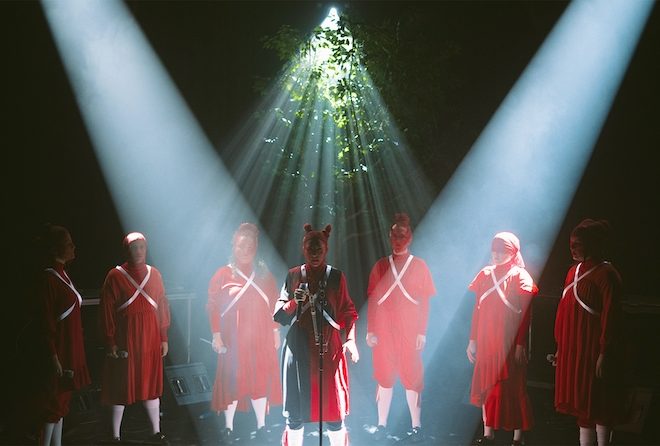 Experimental producer and performer Gazelle Twin has announced details of a new album, ‘Deep England’, created as a collaborative project with NYX: electronic drone choir. It will be released on March 19 next year.

‘Deep England’ is, as Gazelle Twin and NYX have said in a joint statement, “a transcendental purge of the dizzying chaos of post-truth Britain.”

The single released this week was ‘Fire Leap’, an eerie seven-minute enchantment of a track that recalls the soundtrack for the original ‘Wicker Man’ film.

‘Deep England was originally created as a live performance which premiered last year at the Queen Elizabeth Hall.

Gazelle Twin has always drawn on elements of dystopia in her work. Her 2017 audio-visual performance ‘Kingdom Come’ depicted a nightmarish scene of fascism which was based on JG Ballard’s final novel of the same name.

Listen to ‘Fire Leap’ below.