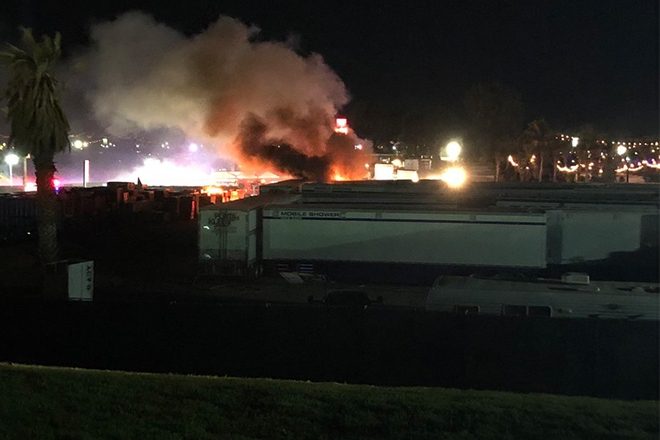 A fire broke out at the Coachella campgrounds in Indio, California on the first night of its 2019 edition at an on-site shower station near the center of the festival. While the cause of the blaze is still under investigation, but various speculations suggest that a propane tank attached to the shower unit malfunctioned and exploded.

Officials report say that no first responders or festival attendees were injured.

The explosion occurred at 2:00 am - an hour after Childish Gambino ended his headlining set. Following the report, the Riverside County Fire Department sent four engines to respond to the blaze which occurred near the center of the venue. The shower trailer was completely decimated by the blaze but was fully contained by 2:28 am.

WHAT IS GOING ON!!! THERE IS A HUGE FIRE AT THE COACHELLA MOBILE SHOWERS!!! #Coachella #Coachella2019 #FyreFestival pic.twitter.com/d0DrI4TJym

couple of explosion sounds heard by us campers - luckily fire seems to be out pic.twitter.com/r2LofmUyj3