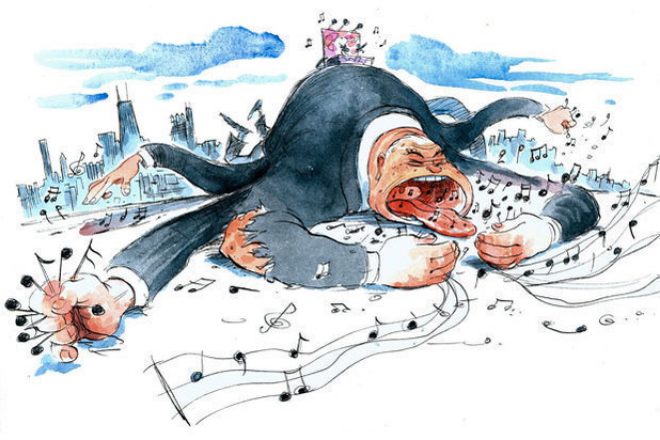 It's easy to forget that sometimes, while silhouetted against a domineering sponsor's logo and surrounded by hi-tech FX, big room DJs actually think about what kind of music they're playing and how it affects the surging, creative, strobe-tinged culture we know as dance music.

This year the stars of big room EDM even started opening up about their apparent disillusionment. Finally tired of spoon-feeding vast dancefloors with titanic breakdowns and spotless, monotone production aesthetics (read: lowest common denominator 'beats'), it seemed like some had reached an artistic watershed moment.

"I think it's really important for dance music today to become creative again," said Steve Angello back in May. "[To] not just repeat yourself over and over again, like a lot of producers do." He probably wasn't talking about a fervent underground that's produced a flood of killer long players in 2013, or new albums released that month by Kyle Hall, Slava, Djrum and Dean Blunt, as well as mix CDs from Kode9 and Steffi, which all bent the rules of their respective genres; rather, he was talking about big room EDM, the sound that he (and his previous supergroup Swedish House Mafia) helped create and nurture and, ultimately, dominated.

While it's positive that high profile figures like Angello are speaking out against the homogenisation of dance music, it's even better when they actively do something about it. Angello was speaking ahead of new album 'Wild Youth' but the only audio that's emerged since is 'SLVR', a standardly pummeling big room tune made in collaboration with Matisse and Sadko, featuring 'epic' synths and a 45-second breakdown.

Avicii, on the other hand, struck out by releasing 'True' in August. The album fuses high definition dance with, famously, elements of country, swathes of technicolour melody and jaunty song composition veering away from the template of the average widescreen EDM banger. The Swede enlisted the help of Nile Rodgers, Elvis songwriter Mac Davis and Incubus' Mike Einzinger to give the LP a more live, musical feel. But fans weren't feeling the material when he premiered it at Ultra Music Festival in March and Avicii found himself on the end of an internet backlash. In his defence, he stated, "The album is about experimentation and about showing the endless possibilities of house and electronic music."

But of course one producer's definition of 'experimentation' can be wildly different to another's. For Avicii, it's heading into the studio with musicians hired, presumably, to push him out of his comfort zone. And for someone used to making electro-y firecrackers, that's a big deal. And it was for his fans too, judging by their WTF reaction. For someone like Matthew Herbert, it's making an album out of samples taken from the life and death of a pig. Baby steps, at least.

Economic factors are also behind this new change of direction. Avicii hinted at this in Octoberwhen he said, "[EDM] is so big now it is just getting milked. There's no longevity in what is happening at the moment." There's a sense that the bubble could burst at any moment and when it inevitably does, the leaders of the pack want to be armed with fresh ideas and to be taken seriously as musicians rather than boom boom wonders.

The lower rungs of the dance music megasphere are full of fervent activity (the year closes with confounding releases from Om Unit, Logos, Logos and the LIES label), but what can we expect from the top dogs next year? Porter Robinson may lay down the benchmark with his debut album, which he promises will have "a bunch of weird tempos that dance people aren't really doing. There's no DJ-friendly intro and outro." He's taken this approach because he reckons that "High energy Main Stage dance music has… sacrificed musicality to be very functional on the dancefloor." Much like the material on young Hamburg-born house producer David August's LP 'Times', Robinson looks keen to tempt dance and electronic music into shapes not specific to the club.

Outside of the EDM stadiums, even Daft Punk took time out from jiving under the disco ball to comment on electronic music. Thomas Bangalter said back in April, "Electronic music right now is in its comfort zone and its not moving one inch".

If even the robots are getting bored, let's hope some of these creative promises come true in 2014.