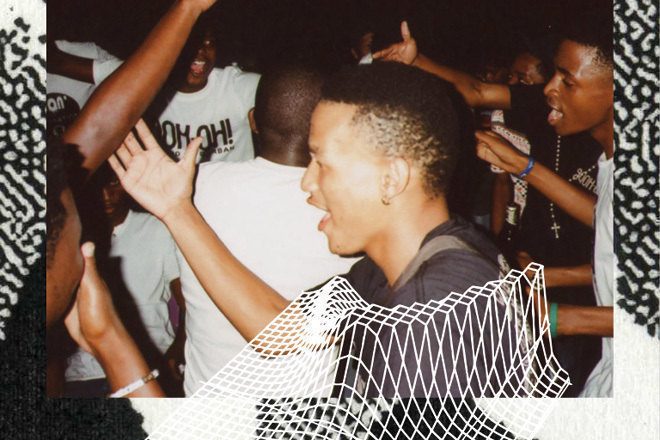 For a lesson on exactly what Gqom is, check out this track by Rudeboyz we premiered back in April last year. Originating in the Durban townships in South Africa, the music's frenetic, stacked with energy and bangs real hard.

Gqom Oh! is a label at the forefront and it's teaming up with Italian collective Crudo Volta for a mixtape out on July 18. 'Crudo' in Italian translates to 'raw', which isn't exactly surprising given the nature of the tunes that are coming out of Durban. The mixtape was the soundtrack to a documentary, Woza Taxi, made by Gqom Oh! boss Nan Kolè, intended to give him a better insight into what the music means for the producers and those partying in the townships.

We'll soon be able to get our own taste with the release of the mixtape, but first we get a starter with the premiere of Dominowe's 'Darbuka Tribe (Core Tribe)'. It's haunting and cloudy the whole way through, cluttered with rattling metal drums and saw-motion synths that contribute to its otherworldly eeriness.