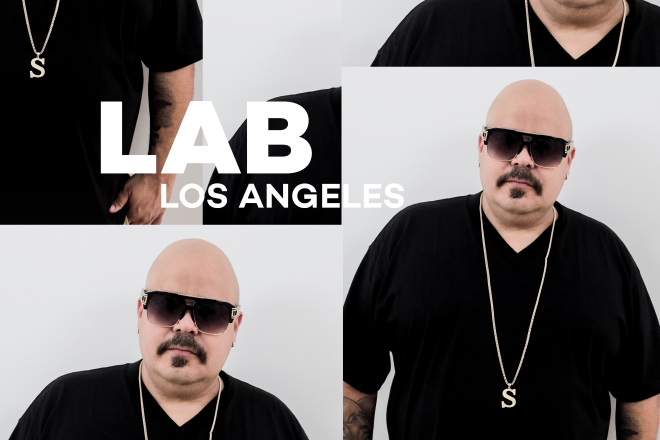 The Lab LA is BULLDOG Gin and Mixmag's weekly live stream and post-work unwind, where we showcase the finest DJs from a special LA location. On Friday, January 24, we have the legendary house selector, DJ Sneak.

Significantly known for his groovy remixes and percussive fire, DJ Sneak was part of the second wave of Chicago house pioneers. After moving to Chicago from Puerto Rico in 1983, Sneak intertwined his roots in Salsa, Meringue and Latin orchestras with his newfound interest in Chicago mainstays such as Farley Jackmaster Funk, Ralphi Rosario and Steve Hurley.

In the early days, he started his first label, Defiant Records and worked at Chicago’s renowned Gramophone Records. Sneak became known for his disco house mixes, releasing tracks on Cajmere’s Cajual and Relief Records, Strictly Rhythm and Derrick Carter’s Classic Recordings. One of his most popular tracks to this day is his 1996 release of ‘You Can’t Hide From Your Bud' and if you haven't heard that on a big soundsystem, are you really into house?

His sound encompasses funky beats and jacking rhythms while always sticking to his own special style and as a result DJ Sneak continued to bloom throughout the Chicago underground and beyond.

Watch DJ Sneak's set in The Lab LA live streamed to Facebook next week. The set will also be available on Mixmag's YouTube channel here.

The Lab LA is powered by Void Acoustics. Subscribe to Mixmag TV and follow Mixmag on Facebook to watch DJ Sneak's set in The Lab LA.