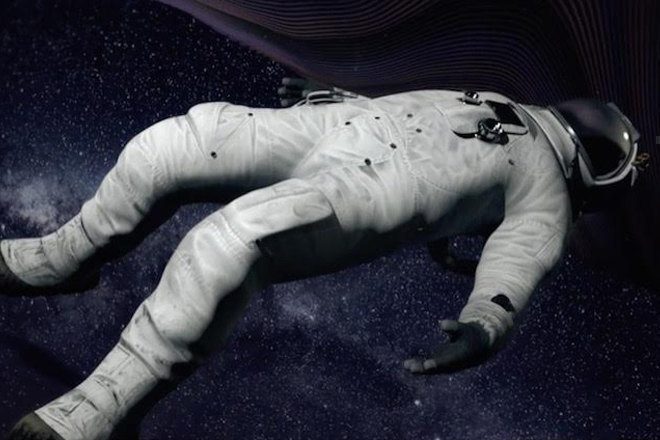 DJ Shadow announced details of his first album in half a decade last month, and now he’s shared a video for its opening and eponymous track ‘The Mountain Will Fall’.

It features an astronaut floating through an alien mountain range before blasting off into space and leaving a patterned jet trail in their wake, set to the surging yet brooding backing of Shadow’s production.

The clip was created and directed by Territory Studios, who worked on blockbusting space films such as The Martian and Guardians of the Galaxy.

Speaking about the video, director Marti Romances said: “As huge fans, it’s been a pleasure to collaborate with DJ Shadow on the graphics. We’re really excited by the project and look forward to an amazing come back.

“The peaceful and long momentum of the song inspired us to create something very unanimated and mysterious. The part we like the most is where we see the astronaut being shot into hyperspace and then we see that being part of that cosmic constellation at the end.”

You can catch DJ Shadow playing live in London in July and check out the video for ‘The Mountain Will Fall’ below.