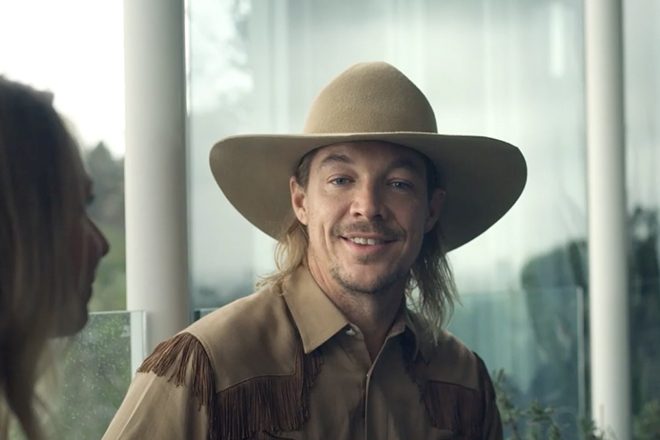 The massive country music festival Stagecoach in Indio, California, has announced that Diplo will be performing at the 2019 edition of the festival.

Taking place between April 26-28 at the Empire Polo Club (the same location as Coachella), the superstar DJ will be playing the first ever Stagecoach afterparty in the Palomino tent on the last day of the festival.

The announcement comes paired with a humorous video of Diplo dropping the news while wearing cowboy garb and a boss of the plains hat. Check it out below.

Stagecoach's talent buyer Stacy Vee addressed the unlikely booking in a statement, saying: “We are always looking to try out new things and most of all, have a good time. We are friends with Diplo’s team and dreamed up the idea backstage last year. His manager was wearing a t-shirt with Diplo wearing a cowboy hat on it. I am so excited it came together, and I think people are going to love it".

Diplo's manager Andrew McInnes echoed this sentiment in a conversation with Billboard, saying they had confidence this would work since Diplo had previously had "successful shows at Calgary Stampede and the Indy 500 Snake Pit".