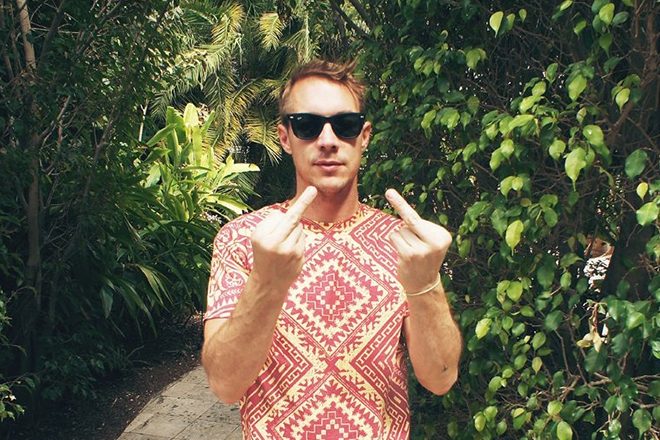 A heated tweet directed at Diplo from producer Max Vangeli has reignited an online squabble between Diplo and his unlikely sworn rival, EDM superstar Zedd.

The tweet from Vangeli, best known for his work with fellow producer AN21, took a public jab at Diplo for allegedly blowing him off after opening for the Mad Decent head honcho in Hong Kong. After ignoring Vangeli, supposedly Diplo redirected his attention to a nearby lady friend, instigating him to call out Diplo as the "the biggest pussy dick in the game."

Though initially uninvolved, Zedd was quick to not only take sides, but also draw attention to Vangeli's original Tweet by chiming in with his own agreement.

Btw the biggest pussy dick in the game is @diplo I fly out to Hong Kong to support your pussy ass show and open for you and all you give me is “oh cool” and turn around and talk to another hoe with your Herpy Dick. Fuk off you clown ass bitch. Skrill left your ass for a reason

Following a news post on Billboard regarding this juicy, online slander, Diplo took to Twitter to jokingly tell Billboard that he needs to find "some spicier beef" since he had already destroyed Zedd via Twitter back in 2016.

Diplo continued on Twitter, telling Zedd that he had "24 hours to delete his Twitter" or he was going to go "full Pusha-T on him" - referring to the a brutal Drake diss track Pusha-T recently released, which sent fans into a frenzy.

Come on @billboard I need some spicier beef I already put this guy in a coffin two years ago when he made a song with a Walgreens or a tampon company or whatever it was . https://t.co/zyyEbd7Bhg

I'm gonna give @Zedd 24 hours to delete his Twitter account or im going full Pusha T on him pic.twitter.com/lu9A1ElE3v

Diplo also took shots at Max Vangeli by "apologizing" to him, saying that he mistook him for a fan when he was "asking for his autograph" and wasn't aware that he was playing the show. 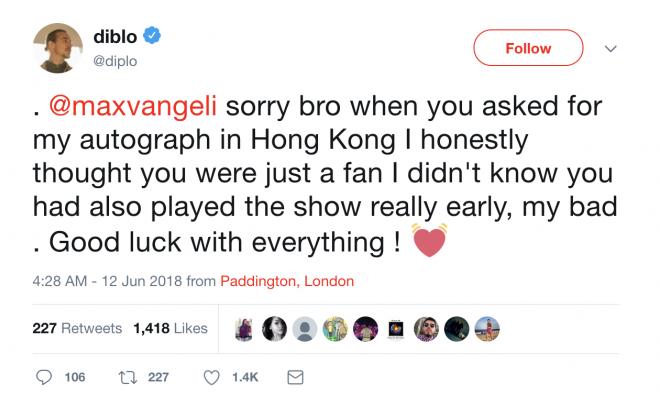 Diplo and Zedd have been at odds with one another ever since Diplo reviewed Zedd's debut album 'True Colours' with a simple poop emoji.

Diplo has also accused Zedd of ripping off Australian artist Flume's musical style back in 2016, an accusation which was met with the response: "stop being a jealous bitch." 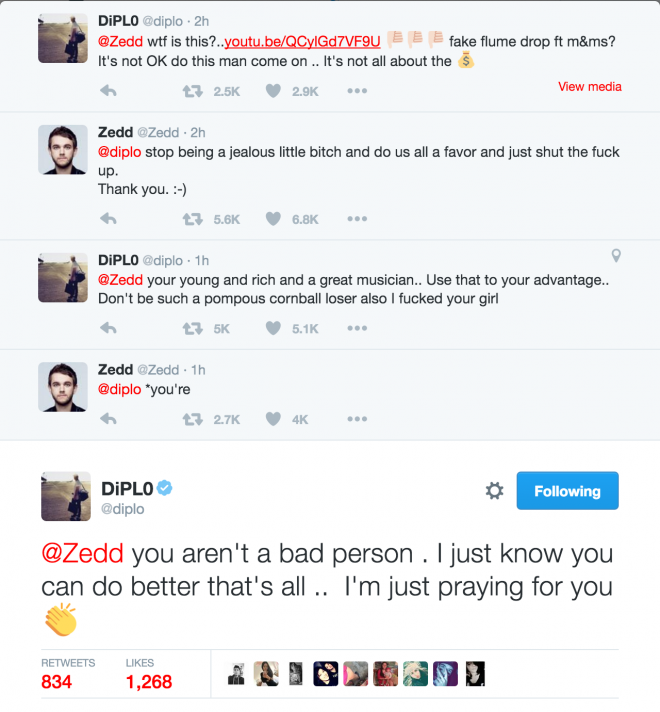 But the fun doesn't stop there. Deadmau5, Laidback Luke, Autoerotique, Kill the Noise and Morgan Page also chimed in. Check out their tweets below.

Holy fuck "bro". The first two tweets were kinda funny, but you need to put the twitter down for a minute and take a nap. I don't even know what's more tired at this point.

So much EDM beef, making me want to be an EDM vegetarian. 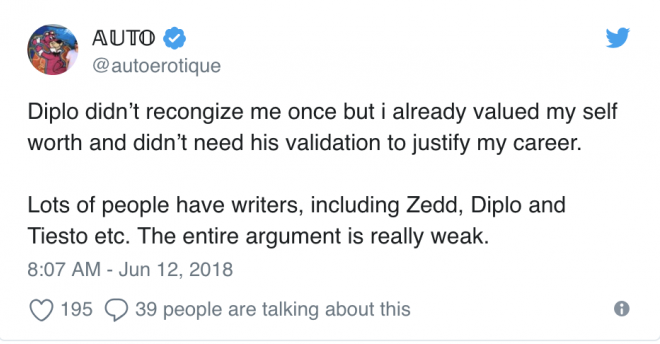