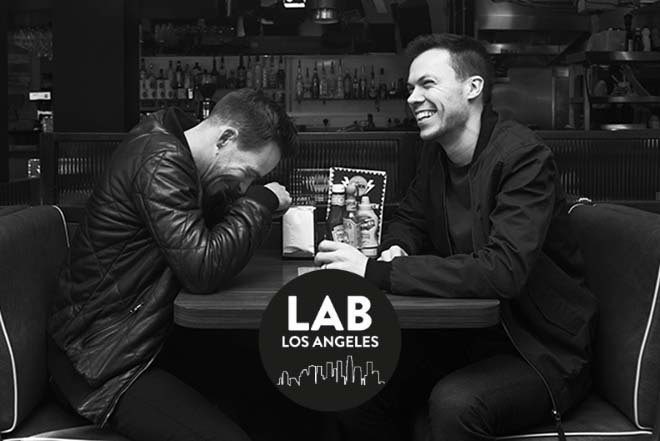 The Lab Los Angeles is Mixmag and Smirnoff Sound Collective's weekly post-work unwind where we stream only the finest American and international DJs, live and direct from our Downtown LA office. Last Wednesday, we welcomed Delta Heavy in to The Lab LA.

Simon James and Ben Hall, collectively known as Delta Heavy, are bringing drum 'n' bass to The Lab LA for the very first time for a special Wednesday Lab this April 20.

The UK duo arrive in The Lab just one month behind the release of their debut album 'Paradise Lost', a long awaited project from the couplet that have spent their already prolific career touring the world, releasing more than a handful of singles and creating major remixes for the likes of Chase & Status, Nero, Avicii and many more.

On opening duties we have LA-based Drum 'N' Bass DJ Machete. Rob Machete currently has a residency at the legendary RESPECT, hosts his own Drum 'N' Bass radio show and is certainly no stranger to the thriving LA scene. Listen to him here.

The Lab LA is strongly powered by Void Acoustics. Subscribe to Mixmag TV and watch Delta Heavy in The Lab LA below.