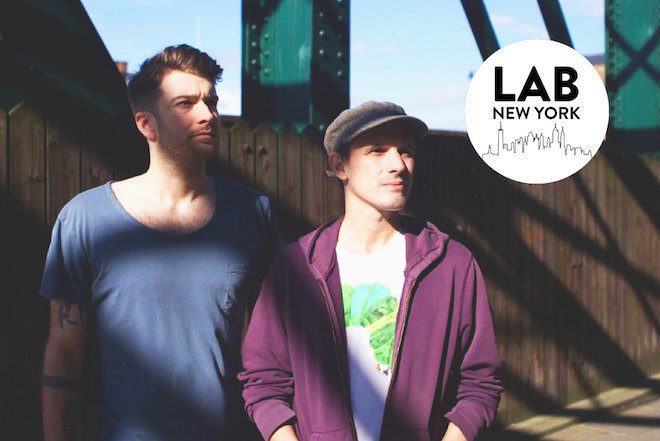 The Lab NYC is Mixmag and Smirnoff Sound Collective's weekly afterwork party where we stream the best American and international DJs from the intimate space connected to our Brooklyn office. Mixmag welcomed the UK's Death on the Balcony for a funky, eclectic set.

Duo Death on the Balcony, which consists of Mark Caramelli and Paul Hargreaves, have been marked as especially versatile artists with a distinct disco and house influence. Their most notable work comes with their releases on Lee Burridge's All Day I Dream, a tight-knit label family that they plan to embark on a worldwide tour with. Caramelli and Hargreaves have also dropped productions on D-Edge, Das Sind Wir and Catz N Dogz' Pets Recordings.

Brooklyn can expect a full catalogue of house and techno waves from Death on the Balcony, mixing in selective funk and soul, supercharging the scene's favorite Friday pregame.

The Lab NYC is strongly powered by Void Acoustics. Subscribe to Mixmag TV.