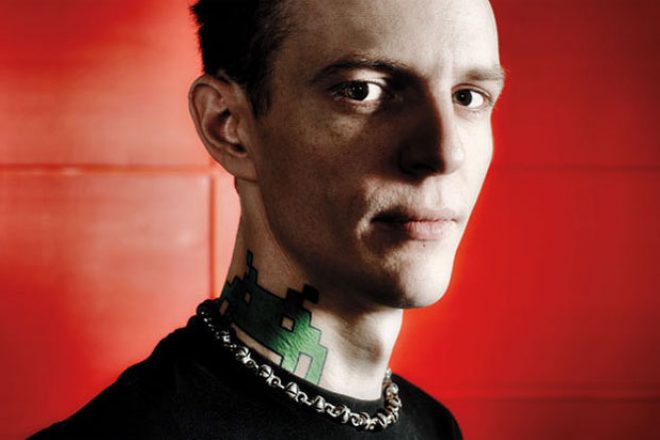 Deadmau5 may wear a giant mouse head when he's performing in front of thousands but he was certainly no mouse when it came to expressing his often fervent opinions on Twitter. Although he's now deleted his account, his turbulent time on the site saw him involved with numerous cyber battles, aiming his beef towards high-flying pop stars, fellow DJs and producers and a TV company, pissing people off so much at one point that he even received death threats.

Mixmag will miss you Deadmau5 so here's our celebration of your top ten Twitter beefs.

@deadmau5: Dear @justinbieber, would you please grow the fuck up already? In the meantime, put a shirt on, and stay away from nightclubs

In light of the pint-sized pop star gatecrashing Michael Woods' DJ set in South Korea, reportedly demanding him to play some hip hop and allegedly taking a swipe at his tour manager, Joel Zimmerman went on the rampage against his Canadian compatriot, even apologising on behalf of his homeland for the pop star's intolerable behaviour.

@deadmau5: @Madonna You're a role model to 100s of millions. You have a powerful voice, EDM could use your positive influence, not "molly talk"

After Madonna questioned the crowd at Ultra Music Festival whether they'd "seen Molly", American slang for MDMA, Deadmau5 aired his views on her irresponsible inquiry. Even though she claimed she was referring to a song rather than the drug, Deadmau5 really shone here with his somewhat sanctimonious concern for the welfare of dance music fans.

@deadmau5: @DJPaulyD Well since you asked, I didn't really enjoy it. It looked like it cost about $150 to make, and nothing really creative about it

Responding to the fake-tanned Jersey Shore star asking if his Twitter followers liked the video of his atrocious single 'Night Of My Life', Zimmerman took a pot shot at the reality TV star before claiming it was just some "friendly-ish advice". We're sure it was, Joel.

@deadmau5: What the actual fuck? If some idiot howls in the woods and no ones around, does it make a sound? MYTH BUSTED

Expressing his opinion on a nude Lady Gaga rolling around for performance artist Marina Abramovic's promotional video, the Mau5 riled Gaga's 'Little Monsters' around the world with her most ardent fans even sending him death threats. You can't fault his bravery.

@deadmau5: @DJ_Sneak The only other time I've ever even heard of you, you were slagging off on Angello. Crying yourself back to relevancy? Fuck dude…

After telling an interviewer that DJ Sneak was "living in the past", the two Twitter beef titans came to cyber blows with Sneak branding Deadmau5 a "moron". Zimmerman edged this one though, telling Sneak he "didn't give a fuck" before ending it with a blunt goodbye.

@deadmau5: Good to know @HollywoodTricia. I seriously had no idea how big of a shit you are. Unfollowed

No one would blame Deadmau5 for inciting this argument after the Playboy model made a crass joke about the massacre at a Colorado screening of Batman: The Dark Knight Rises. We won't repeat it but stick to the day job Miss Evans, comedy is not your forte.

@deadmau5: I still think Nic Fanciulli was the last DJ to make it as a DJ. Now it's just a bunch of producers like me who pretend to be DJs

This somewhat ill-judged comment angered Scottish DJ Jackmaster in particular who highlighted a list of names such as Erol Alkan and Oneman who have maintained successful careers as disc jockeys. He may have been angered but Jackmaster walked away from this one laughing, thanking the tiff for a host of new Twitter followers.

@deadmau5: Meh. Can I somehow opt out of this? @mtvema

Taking time off from picking a fight with pop stars, models and TV stars, Deadmau5 decided to take a shot at music's biggest television network. Clearly unhappy at being nominated for a European Music Award by a channel that "fucking blows", he asked to be removed from the nomination. We think it's safe to say he was never going to win after that tweet.

@ruskoofficial: A DJ with a HUGE ego last night threw a huge hissy fit at me for smoking weed in the backstage. I told him to fuck off and he ran for some security like a pussy bitch

UK producer Rusko really ruffled Deadmau5's feathers when he tweeted the above. So much so that Deadmau5 unleashed a massive Facebook rant and accused the "pot head" of using the beef as a way of promoting his upcoming album and tour.

Starting out as an argument on a Beatport thread about what was "good music", Deadmau5 and Afrojack moved to Twitter where the Dutch producer told Zimmerman to "stop with the f*cking crying". Sorry Afrojack, but we totally agree with what Deadmau5 was saying.