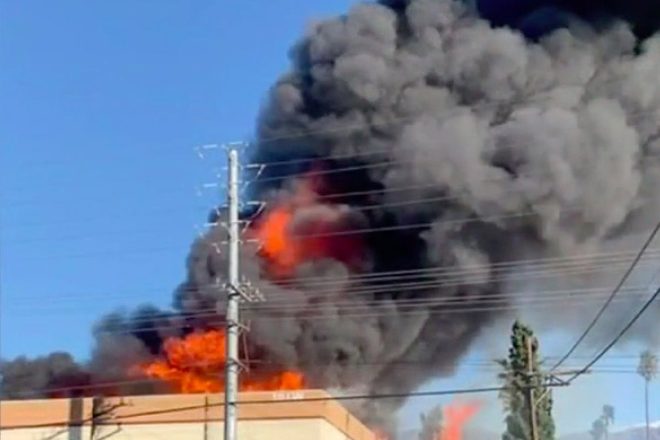 Following the destruction of the Apollo/Transco lacquer production plant in a fire last week, which was one of only two lacquer pressing companies in the world, there are concerns about long pressing delays impacting the vinyl industry.

Dark Entries founder Josh Cheon posted about the potential impact on Twitter, writing that Apollo/Transco "supplied 90% of lacquers for the world" and fans should "expect huge delays and setbacks from every label that makes records via this process."

Today Apollo Masters burned down. It supplied 90% of lacquers for the WORLD (material used for cutting vinyl masters). There is only only supplier left now in Japan. Expect huge delays and setbacks from every label that makes records via this process. 😞 pic.twitter.com/Eu7RuuD7ze

We reached out to Josh to ask how the damage caused to the plant will impact his imprint and other labels in the electronic music industry. Read his answers below.

Read this next: Your tracks on wax: How to press your own record

You run one of the busiest small-press vinyl labels, how will the Apollo/Transco fire affect Dark Entries?

We will be slowing down productions, cutting our release schedule in half for 2020.

EDIT: After the publication of this article, Josh revised his answer to the above after receiving new information:

Rewind! We just learned some important news. Our engineer George Horn switched to MDC exclusively 2 years ago as Apollo could not produce a reliable lacquer. He is still not sure if MDC will be able to meet the immediate demands of servicing the world's lacquer demands.

Has the fire caused production of some records to be stopped part way through being produced?

It depends if the record has made it to test pressing phase and has been approved. If so, the record should be pressed. If not, a new lacquer would need to be cut and this shortage will now stop production.

Is this going to hold up the amount of time it will take for the whole production of a record and can you estimate how much by?

It's too soon soon to tell what's going to happen but there will be delays for sure.

Should the industry develop a manufacturing process that doesn't rely on one lacquering plant?

Yes there should be more lacquer plants. Right now we only have one left, MDC in Japan. MDC is small plant compared to Apollo. Everyone will be after MDC for lacquers, so there will be a shortage.

There’s an alternative process called Direct Metal Mastering – is this an option for you?

There are not many plants doing DMM so that is not going to be the total answer. For my label, it depends on how severe the situation is. 99 per cent of the plants in the world are doing lacquers. There are only a handful of DMM lathes in the world, maybe 5 or 6, so they aren’t going to be able to handle everything.

What does this mean for the future of the vinyl industry on the whole?

It's too soon to tell what’s going on but I think it will work out somehow.