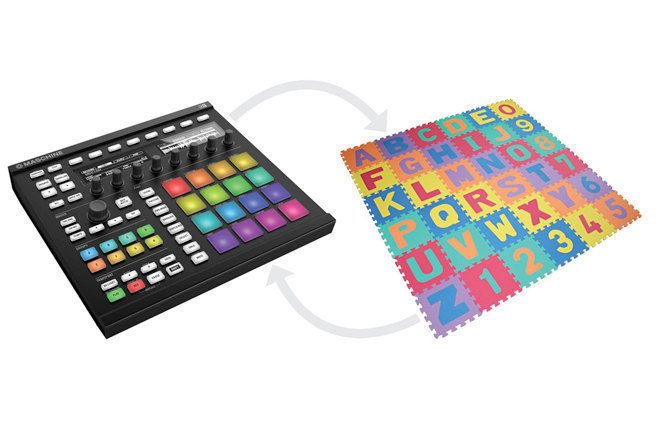 Could years of DJing be the best parenting preparation yet?

Most new parents will find the first months a real strain – but not you! It soon transpires that years spent on the large were one long dry run for staying up all night and feeling inexplicable love for a stranger who's spent the last two hours yelling incomprehensible bollocks in your face. Round one to us.

You've got a 'get out' clause

So you need to take a break from parenting? Going to a club isn't just you hanging out with your mates; if you're a DJ, it's your job! Find me another parent who gets away with pulling all-nighters when there's a new baby in the house.

They give you perspective

Babies are expensive – but they also take up time. Time you would otherwise spend trawling Discogs and spunking cash on rare 12"s that apparently used to 'kill it' when Harvey dropped them at Gardening Club back in '93. Thanks to the baby, you have finally gained some perspective. The truth is, you do not need all the records.

You'll finally be able to give up being such a relentless caner because of… nappies. Seriously, have you ever tried wrestling a shitty Pampers off a screaming baby while you've got a litre of JD sweating from your every pore? After years of trying and failing to get on the wagon, the miserable task of changing stinky nappies with a stinky hangover did what a decade of New Year's resolutions and public disorder cautions couldn't.

Have you seen Kevin Saunderson DJing with his son? Or Kenny Ken sharing the bill with Crissy Cris? Put the hours in, and 18 years down the line that axis of cuteness might be you and your kid. Pull it off right and you might even have someone who buys you decent Christmas presents – say a gold plated 1TB USB and an Arthur Russell box set rather than a Top Gear annual and a pair of pants.

You know that special room you've made? With your decks, your records and your speakers perfectly positioned for optimum full frequency response? Take a long, lingering look at that room. Have a sweet farewell mix, because that is now your child's bedroom and you can't say a fucking word.

You'll decide to get them on the decks, and genetics or whatever will convince you that they are a natural talent. In reality your child will destroy every needle they touch, and probably a clutch of rare white labels, too. Take it out of their wages when they start pulling in the Ibiza bookings.

It's the end of benders

Some of the most legendary nights start with a quick trip to Corsica Studios on Friday night and finish when you wake up three days later, face down and partially naked at the other end of the country. You've lost your mobile, keys and dignity, but gained the friendship of an assorted cast of hippies, tramps, scoundrels and lunatics. Those adventures are over. Basically, it's time to stop messing around and become a fully functioning human being. Plus, for every epic that spanned the country, you've had scores more depressing benders that have ended in some shithole in Hackney Wick.

At one point you may get booked for a foreign gig. When such a thing happened in the past, you may have taken your partner with you. You may have smashed through the mini-bar and acted like a two-person recreation of Manumission. Don't confuse that with what will happen when you take your new family abroad. The baby will get sunburn, your partner will be stuck looking after a sweaty, unhappy child and you'll spend hours in overpriced cabs because you didn't want to stay in the party part of town.

You'll have to listen to shit music

No matter how dope your taste, no matter how many wicked records you introduce them to, their favourite tune will be The Wheels On The [Bloody] Bus. Get used to it.