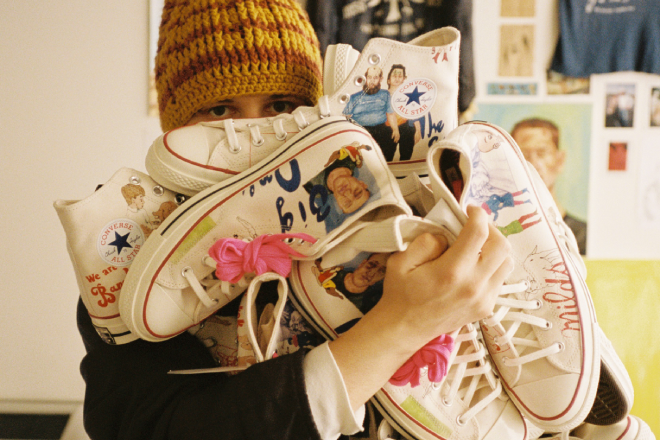 When a 16-year-old kid flipped over the handlebars of his bike to show Tyler an illustration – after the multi-disciplinary artist issued a call on social for fans to ‘Draw Me’ a week earlier – he stopped, helped Spencer McMullen off the ground and reviewed the entire sketchbook.

Tyler also insisted on snapping a photo of the portrait and quickly shared it on his personal Instagram. That once-in-a-lifetime interaction in his hometown of Jacksonville, Florida would continue to be an unexpected and integral driver of McMullen’s artistic work.

Flash forward a few years, Tyler was on the hunt to nominate another creative for the opportunity to design the next Artist Series with Converse. After keeping a keen eye on the evolution of his work, McMullen was handpicked to apply his creative point of view to Converse’s iconic canvas. 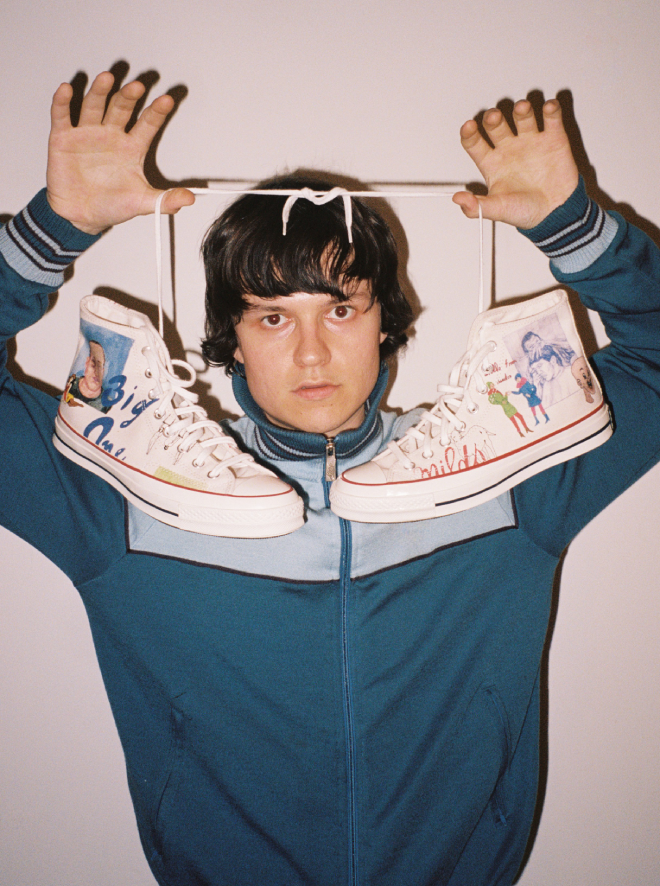 Each of Spencer’s illustrations aim to tell a story: they uniquely explore the world and the many individuals encountered near and far.

Through hand drawn prints, those characters are, for the first time, positioned across the parchment canvas of the Chuck 70, a modern ode to Chuck Taylor All Star crafted with premium materials, deliberate nuance and an extraordinary attention to detail. Spencer created each scene in his LA-based home studio and designed a split-side execution on the silhouette that is imaginative, colorful and personal.

The campaign assets for Converse Artist Series Presented by Tyler, The Creator were created by McMullen in his home in Los Angeles, in support of Converse’s new #CreateAtHomecampaign, which encourages the creative community to share their talent on social media for the opportunity to work with Converse on the creation of brand content and campaigns.

Converse Artist Series Presented By Tyler, The Creator will be available globally for £90 beginning April 23 at Converse.com and select retailers. 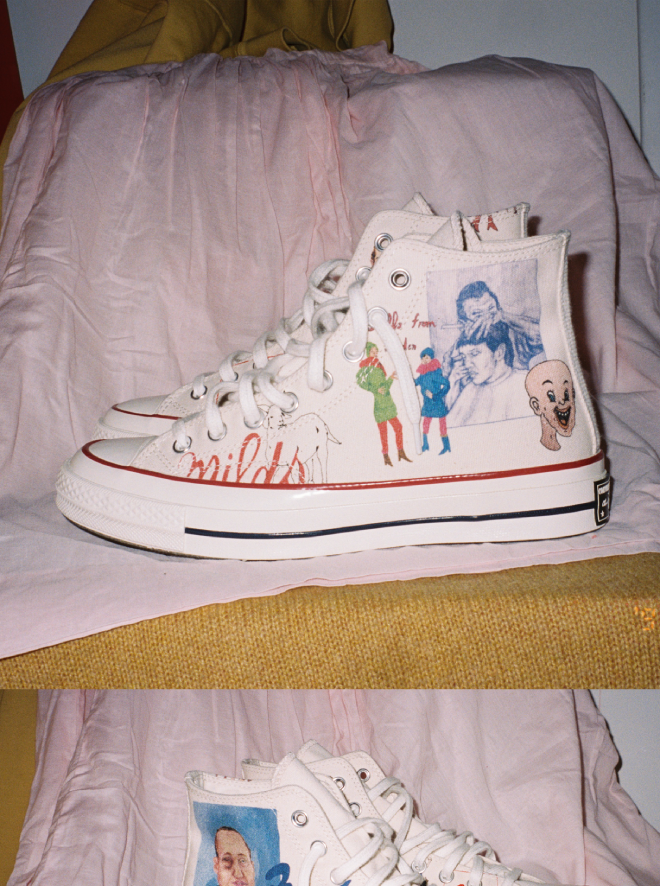 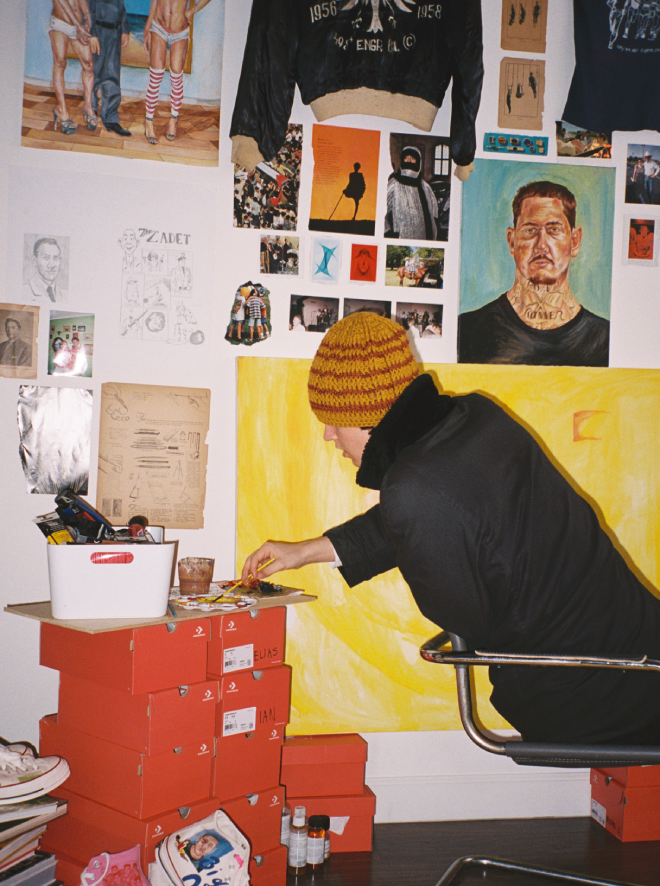 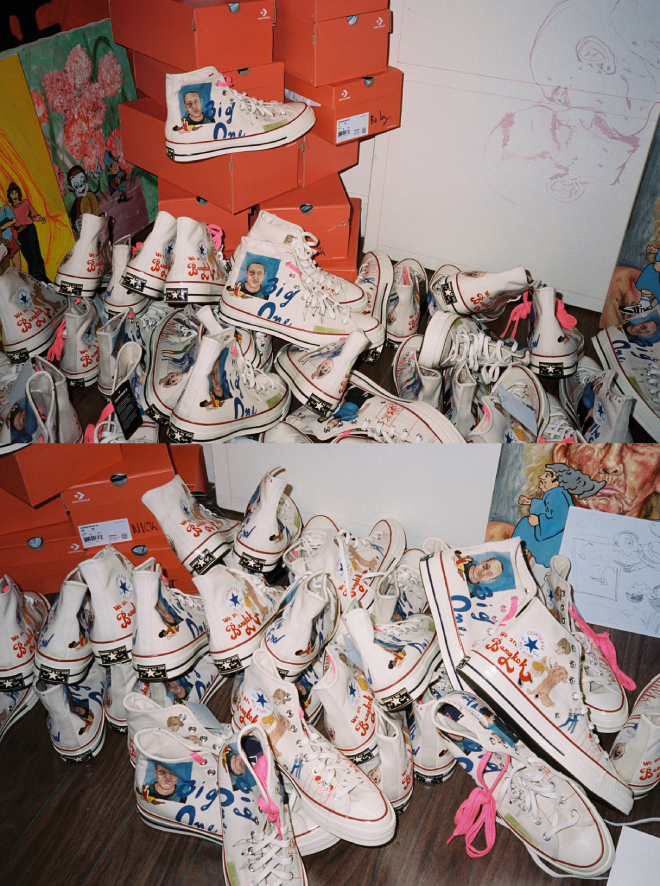