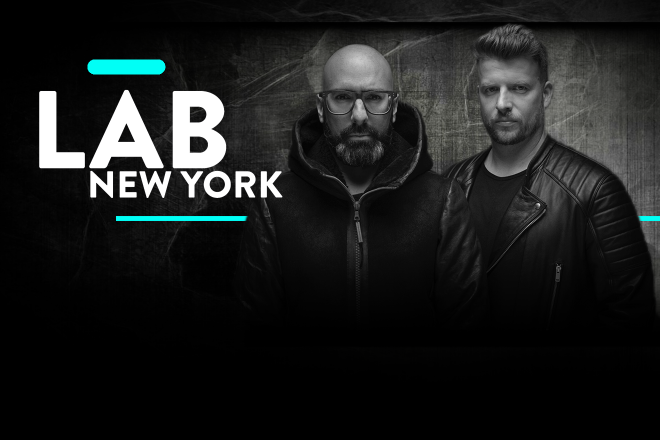 The Lab NYC is Mixmag and WAV's weekly live stream and post-work unwind, powered by Void Acoustics, where we showcase the finest DJs direct from our Brooklyn office. This Thursday, February 28, Chus+Ceballos showcases their pumping dancefloor sound during a special Lab session where we'll be raising funds for cancer research through Cycle For Survival.

Hailing from Spain, Chus+Ceballos need little introduction as they are regarded as some of the most experienced and skilled DJs guiding dancefloors today. This is evident with their high-profile residencies at renowned clubs around the world; Space and Blue Marlin in Ibiza, Output & Pacha in New York, Space Miami, Stereo Montreal, Sound in LA, Ageha Tokyo, to name a few. When not in the DJ booth they are releasing sought-after tracks through their Stereo Productions imprint and have also graced iconic labels like 20:20 Vision, Toolroom, Snatch!, Nervous and more. Now when they make their return to The Lab NYC, they'll unleash their distinct blend of house and techno that they've become known for.

This special Lab session is focused on raising money for Cycle for Survival, a charity that raises money and awareness for rare forms of cancer. 100 per cent of proceeds are donated to the Memorial Sloan Kettering Cancer Center. Together NYC will cycle on Sunday March 10 in support of Cycle for Survival and we hope to reach our $10,000 goal. You can contribute to the cause by making a tax-deductible donation here. Learn more about Cycle for Survival's founding story, mission and impressive achievements here.

Watch Chus+Ceballos LIVE in The Lab NYC on WAV on Friday February 22 at 7:00PM EST.