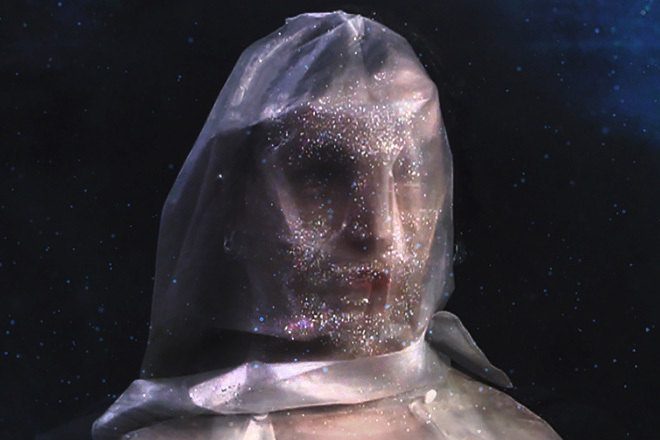 Back in 2014, we described Celestial Trax as "someone who makes undefinable electronic music that's laced with sub bass."

Back then the New York-based producer was making stuff heavily influenced by jungle, grime and rap. He'd go on to release a trilogy of EPs for Rinse, each bristling with club-not-club constructions that hinted at a dystopian environment he was obviously dreaming of while in the studio.

Bring it forward two years and Celestial Trax is still one step ahead, unflinching in his quest to create the undefinable. But these days the palette has changed and his tracks have evolved, become even more WTF?! and, most importantly, have dived right off the deep end, a full-scale immersion in that imagined dystopia.

It's less easy to pick out his influences on 'From The Womb', his new EP for Purple Tape Pedigree (his second release for the NYC label). The record is an otherworldly ride, veering across tempos, tracks laid out unpredictably like the outline of a jagged mountain range. What's definitely audible is emotion. There's heaps upon twisted, fucked-up, heaps of it.

Purple Tape Pedigree is determined to drop missives from the outer edge of club music this year: the imprint has already brought us records from Endgame and DJ New Jersey Drone and Celestial Trax's latest effort adds to the abstract version of the dancefloor that PTP is painting in '16.

First play of 'Together' below. 'From The Womb' drops as a super-limited run of hand-packaged 12"s, with special art by Amad Ilyas, so enjoy the digi stream before copping the wax.

'From The Womb' is out April 22 via Purple Tape Pedigree