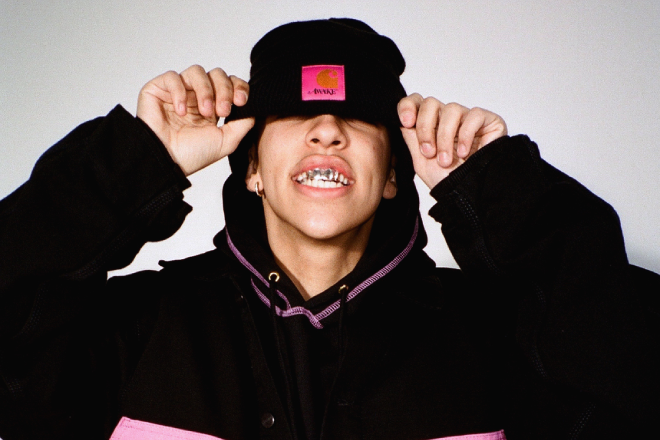 Carhartt WIP and Awake NY have teamed up to create a twelve-piece collaborative capsule for SS20, combining the former’s rugged aesthetic, with the latter’s NYC-informed sensibility.

Officially unveiled with a dedicated pop-up in Paris last week, the launch is a result of a mutual admiration and long-standing friendship. Taking inspiration from vintage hunting gear, the iconic Michigan Coat has been reworked to include contrast pockets and panelling, as well as an embroidered brand lock-up on the reverse of each piece.

Read this next: Carhartt WIP and Motown release anniversary capsule

Additionally, Carhartt WIP’s American Script jersey program serves as the base for a trio of contrast stitch hoodies, while three pocket T-Shirts feature both brands’ iconography.

In-keeping with the collection’s rule of three, it’s rounded off by a Watch Hat beanie in Black, Hamilton Brown, and Awake NY Bright Blue, each with pop color labeling.

The collection is available now from carhartt-wip.com and awakenyclothing.com in limited numbers. 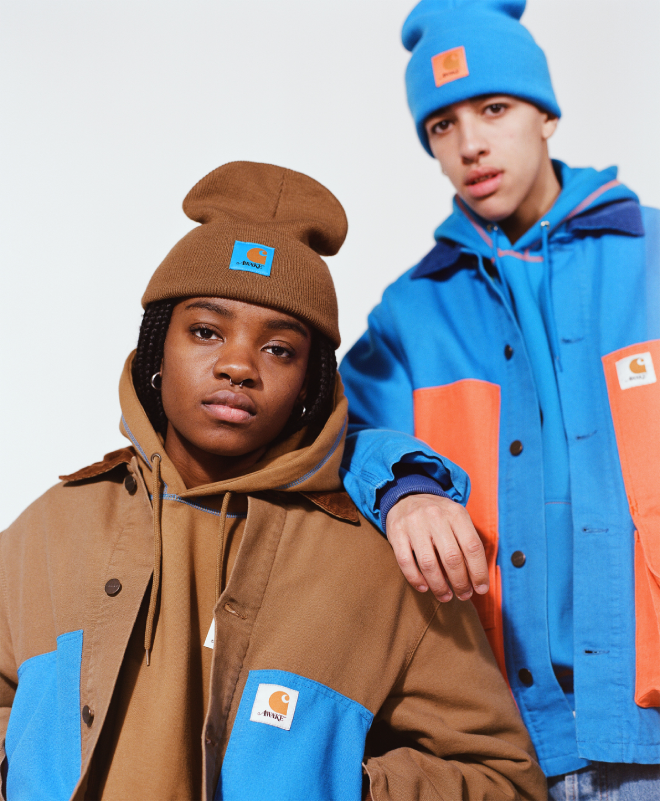 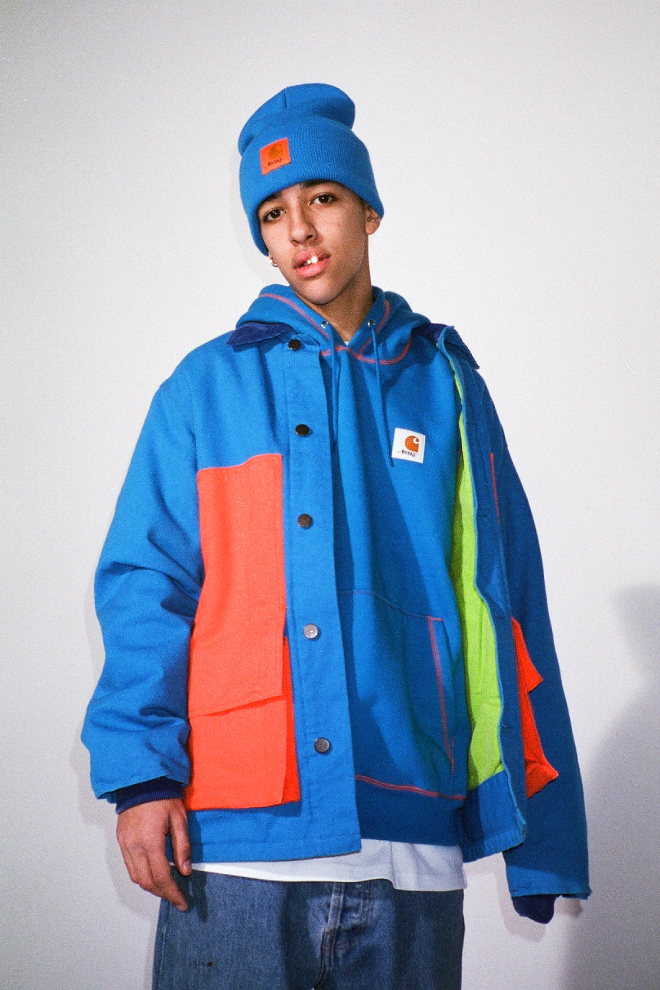 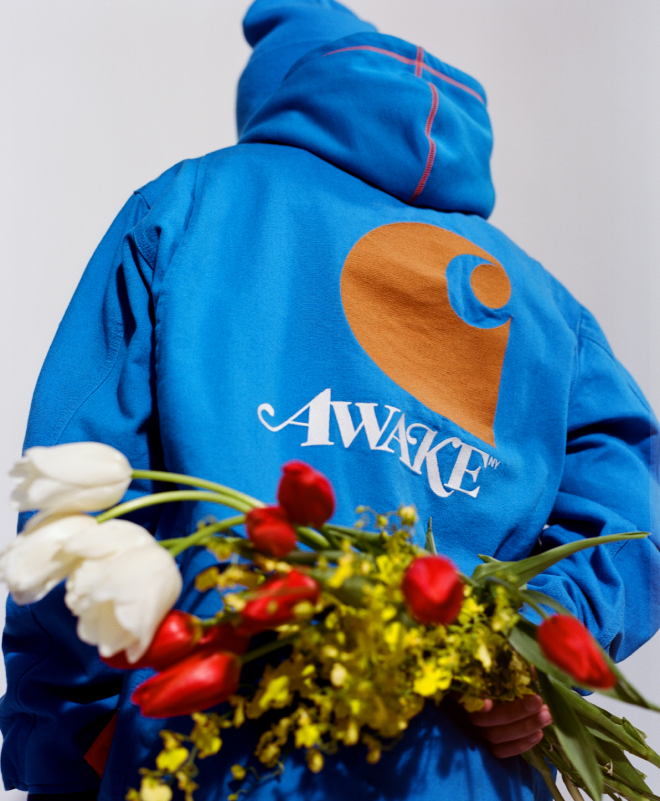 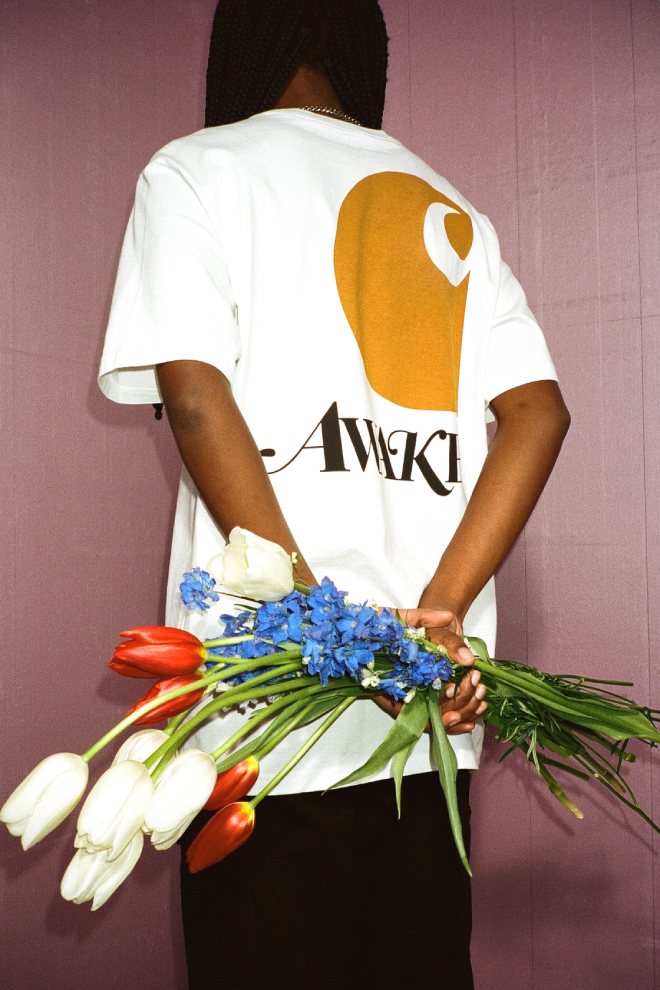