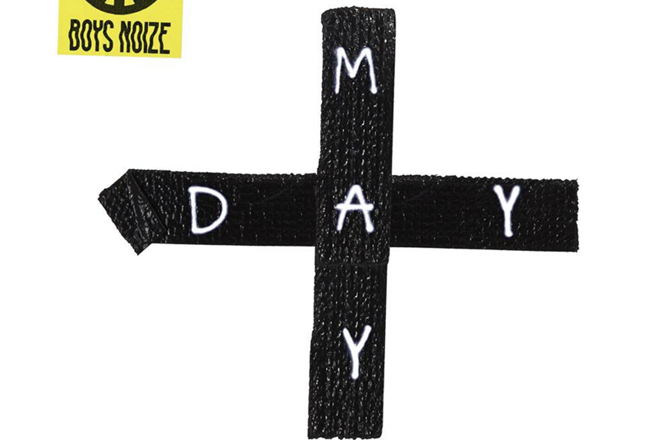 Around ten years ago, a revolution in electro was taking place and the genre was just about to enter a period of boom around the world. Few acts have managed to stay in the game as long as Boys Noize though and Alex Ridha has remained at the forefront of the scene for over a decade.

He’s managed to find that perfect balance in keeping his sound consistent and recognisable while at the same time evolving it and bringing new elements and tweaks to its nature.

There’s a reason he’s still top dog and now comes his new album ‘Mayday’, 13-tracks of joyous Boys Noize bangers which will have any fan smiling uncontrollably from start to finish.

The LP starts with the raucous, unapologetic ‘Overthrow’ which we’ve already heard before the the title track comes storming in with staggered, pounding percussion and riffs that fizz wildly. Benga features on the frankly outrageous ‘Dynamite’ which honestly leaves you in the best type of confused state and Remy Banks croons on the 90’s rave inspired house stomper ‘Euphoria’. ‘Would You Listen’ and ‘Revolt’ are absolute stormers, classic BN material that’s going to fire you up and leave you breathless.

No-one really does it like Alex Ridha and his hard-work and dedication to a sound over the years has been a joy to watch and even better to listen to. Some of his best yet.