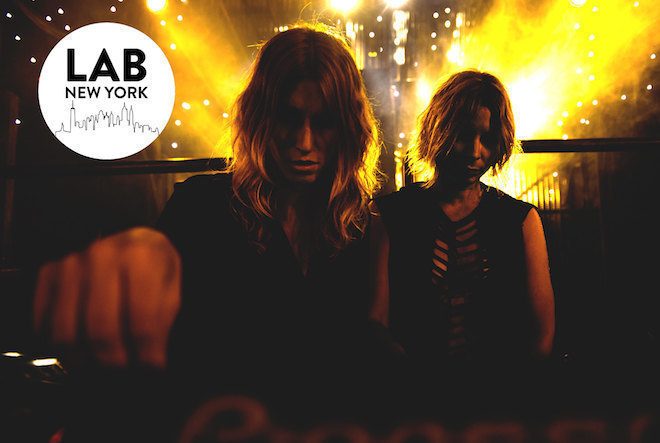 The Lab NYC is Mixmag and Smirnoff Sound Collective's weekly afterwork party where we stream the best American and international DJs from the intimate space connected to our Brooklyn office. This Friday, Mixmag welcomes the Kompakt affiliated duo Blond:ish to The Lab NYC to showcase their intoxicating soundscapes.

For nearly a decade, Blond:ish have been at the forefront of deep and ethereal dance music, delivering a wide range of eclectic beats with every new release or DJ set. Whether on the Playa for Burning Man or the urban landscape of London and beyond, the Canadian duo, consisting of Anstascia and Vivie-Ann, have proven to possess unparalleled skill guiding a dancefloor. Quality releases on Kompakt have certainly helped generate buzz, including their standout debut album in 2015 and the recent Mixmag premiere of their edit for Monkey Safari's 'Woo', but it’s their passion for the craft that draws hoards of eager listeners wherever they go.

Following their intimate set at The Lab NYC, Blond:ish will head to Chat Lunatique, a recently launched underground event series that takes place at an undisclosed location in the heart of Brooklyn. The duo will be joined by Lauren Lane and David Berrie to curate the evening's soundscapes, taking the crowd into the early morning hours. Find tickets to Chat Lunatique here.

The Lab NYC is strongly powered by Void Acoustics. Subscribe to Mixmag TV and watch Blond:ish's Lab NYC set below.