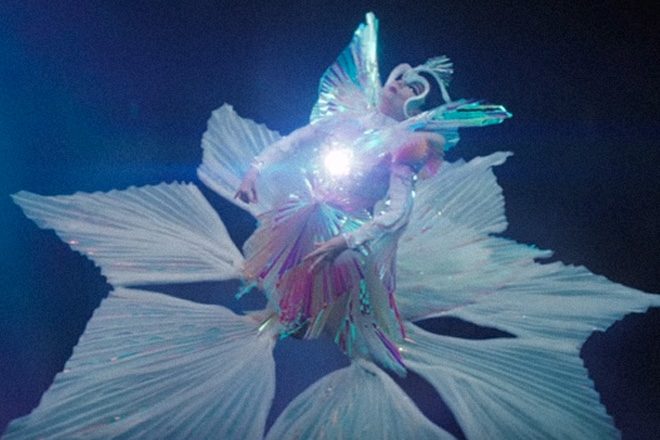 Icelandic singer Björk has released the music video for ‘The Gate’, the first single from her upcoming album 'Utopia'.

The video, which features Björk as a supernatural being in a custom-made Gucci gown, was showcased over the weekend in a London Fashion Week installation by NOWNESS.

Director Andrew Thomas Huang previously worked with Bjork in production of the music videos for Stonemilker, Black Lake and Mutual core. The video for 'The Gate' received creative direction by Bjork, Alessandro Michele and James Merry.

The singer told NOWNESS: “The Gate is essentially a love song, but I say ‘love’ in a more transcendent way… It’s about rediscovering love – but in a spiritual way, for lack of a better word”.

‘That Gate’ is available digitally now and for pre-order on limited edition single-sided 12” vinyl via One Little Indian from September 22.

Watch the video for ‘The Gate’ below.