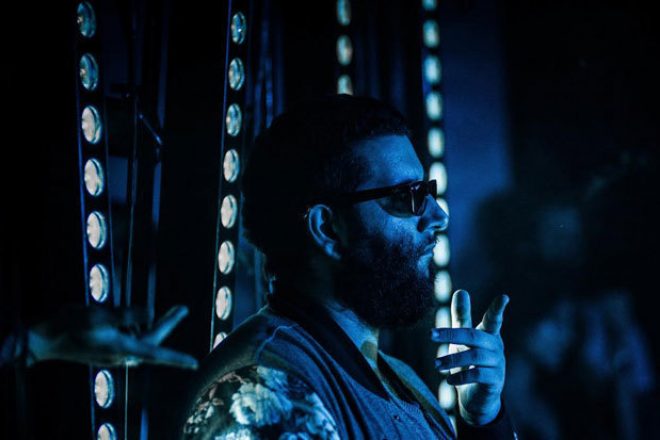 Here at Mixmag we're no strangers to the output of French ghetto bass don Big Dope P. Over the last two years we've backed several of the producer's wild and raucous productions.

His Nightwave remix, Feadz's edit of 'Moveltlife' and his subsequent collaboration with Feadz earlier this year have had us skanking, leaning and raising up those gun-finger salutes with pride.

For his latest release he's headed over to Nightwave's Heka Trax and the 'Hit Da Blokk' EP might be our favourite EP of his to date. You'd best start prepping yourself for three heavy-hitting originals in the form of 'Momma On Da FLo' (with Feadz), 'Ibogance' and title track 'Hit Da Blokk'.

What's perhaps most impressive about the EP is that it comes fully-loaded with a giant set of remixes that all put intelligent yet wildly original spins on the record. Ikonika, DJ Earl and DJ Tim Dolla all do the business but today we premiere Rustie's re-imaginging.

Of course, Rustie is a man who needs no introduction. The wholly-unique producer has shone this year with his second artist album 'Green Language' on Warp and his edit of 'Hit The Blokk' is more of the glistening, wall-shaking same that we've all come to know and love. A fantastic remix that rounds off a stellar record from Big Dope and Heka Trax.