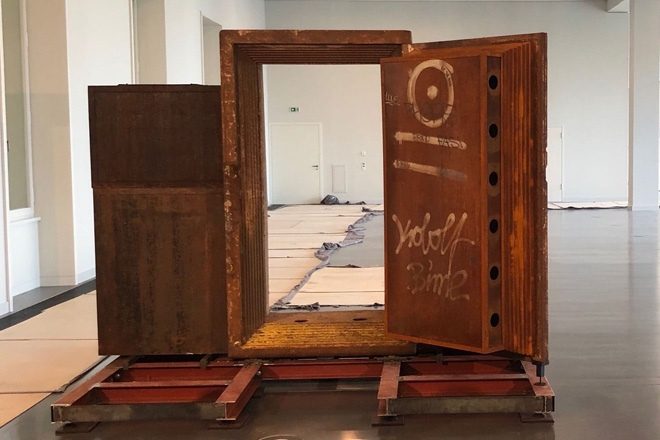 The door of Berlin club Tresor is on show in a new museum.

The 7.5-foot door has found an unlikely new home at Humboldt Forum in Berlin. As part of a new exhibition, the museum will house the old entrance to Tresor to symbolise post-Cold-War Berlin, with its owner calling it "a symbol of the threshold to a new era".

The famous door, spray-painted with the club’s logo, welcomed clubbers until 2005 when it moved to a power station. Although the safe-deposit boxes and steel bars moved with it, the original door was too heavy to join them. However, the owner still kept it so the door will be joining the Humboldt Forum Berlin with it’s new home being a reconstruction of a former palace.

While being an emblem of the city’s rebirth following its volatile political history, the door also represents a colourful past pre-nightclub. Before welcoming ravers at Tresor, the door was used to keep people out. It started off at Jewish-owned department store Wetheim before the war, acting as the barrier to the store’s bank safe rooms.

However, when the Nazis occupied the city, the owners were forced out of the store. Despite heavy bombing during WW2, the metal door stayed put. Years later, Dimitri Hegemann turned the safes of the store into Tresor.

Take a walkthrough tour of Tresor's original location
Beyond Berghain: 10 clubs you need to rave at in Berlin
Meet the resident DJs at the heart of Berlin's club scene