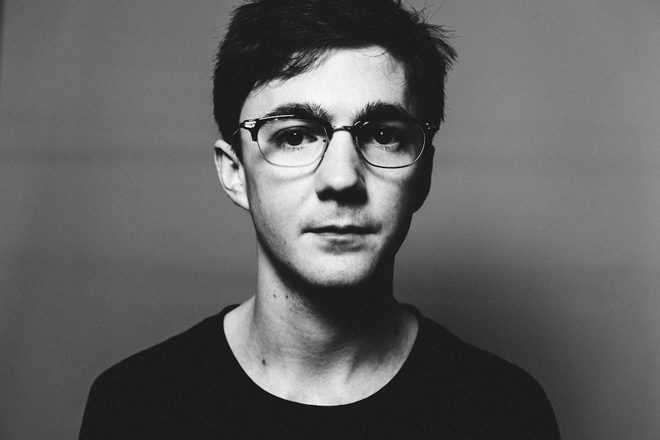 Last week Ben UFO dropped a hint that he had exciting news coming.

It has now been revealed that the Hessle Audio co-founder is stepping up as XOYO’s next Friday resident, taking the reins from Artwork for a run of 13 shows that stretches across April 6 to June 29.

As a long-term champion of UK music and born and bred Londoner, there’s no more fitting a location for an extended run of shows than in the heart of the English capital for Ben UFO.

He’s locked in an impeccable run of artists to join him for the ride.

The final party on June 29 sees Pangaea and Pearson Sound recruited for an all night Hessle Audio founders set.

XOYO’s Room 2 will also be open throughout the residency, with strong bills running throughout. Covco, Peach, Courtesy, Sofay, Swing Ting, Beneath, SPFDJ, Leif, Donna Leake, Bruce, Bake and Swing Ting are all set to appear. Ben UFO will also play Room 2 sets on June 1 and 22.

Tickets are on sale now, head to benufolondon.co.uk to make the purchase.

See the full line-ups and check out Ben UFO’s mix promoting the residency below. 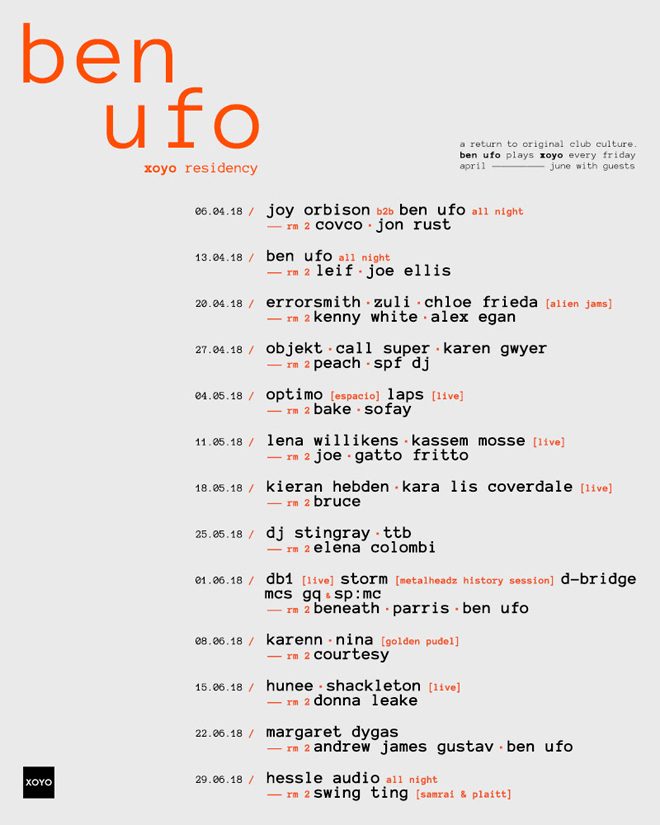