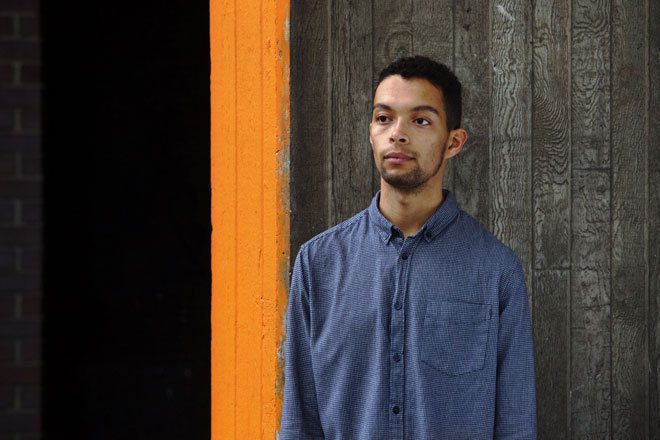 By that we mean oodles of low end and plenty of dark space between shuffling, warehouse-ready beats, all wrapped together with a pervading sense of loopy, borderline paranoid, psychedelia.

Those 12"s dropped in 2013 and Batu's since gone on to land releases on Bristol's incendiary Hotline Recordings and Mistry, the label run by fellow rollage guru Beneath. He's also popped out a single for his own Timedance imprint. With six records out in three years, each ploughing a distinct brand of weird, bassloaded dance music, it's clear Batu's got a very good thing going on.

He's part of a bustling set of industrious artists, each crafting their own take on soundsystem music in '16. There's Facta, who runs the Wisdom Teeth label and party, the aforementioned Beneath and his Mistry imprint and No Symbols party/white label series, Parris and his Soundman Chronicles label and Madam X, who has just kicked off her Kaizen label proper. And let's not forget about Batu's Timedance night, which creates a space for his music and that of affiliated artists and guests to be heard in Bristol (we've heard the pressure gets intense at his parties – TIP).

So, with the context set, know that Batu drops new EP 'Monolith' via Timedance this month. It'll be his second drop of '16 (following another 12" for Dnuos Ytivil in January) and comes loaded with a Lee Gamble remix. We have the first play of 'Reez', below.

'Monolith' is released on March 11 via Timedance