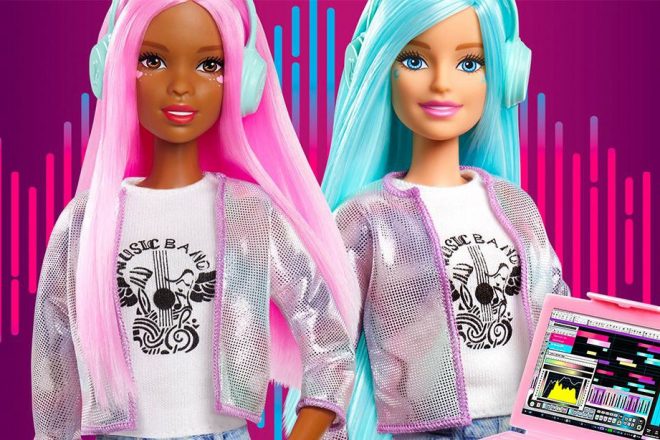 The Barbie will form part of the Barbie Dream Gap Project, which places Barbie dolls in more than 200 different careers.

This is in a new bid to encourage more girls to join the music industry and to “shine a light on the importance of women’s stake in the industry."

Read this next: 7 Foundation.FM DJs and Collectives on the women and non-binary artists that inspire them


The launch of this toy is in partnership with Grammy-nominated music producer, songwriter, singer and actress Ester Dean and Girls Make Beats, an organisation dedicated to increasing the number of female music producers, DJs, and audio engineers, to encourage more young women to pursue a career in music production.

Barbie is supporting the Girls Make Beats scholarship programme, which aims to increase female representation in the music industry.

The music industry is often criticised for being too male-dominated and statistics show that in the US, 98% of music producers were men, leaving women representing only 2% of the group.

Read this next: Annie Mac on women in music: "We shouldn't be grateful. It should be a given"

The doll is being sold online as the Career of the Year doll and the toy has trendy accessories and clothes including a laptop, headphones, a digital audio machine and a graphic T-shirt.

Girls Make Beats are hosting a live webinar with Barbie, and guest star Ester Dean, which will be introducing girls to the world of the music industry and what it entails.

“I am honoured to lend my voice to Barbie to inspire young girls to learn more about becoming a music producer,” said producer, Ester Dean.

The new dolls are available to purchase online for $15.