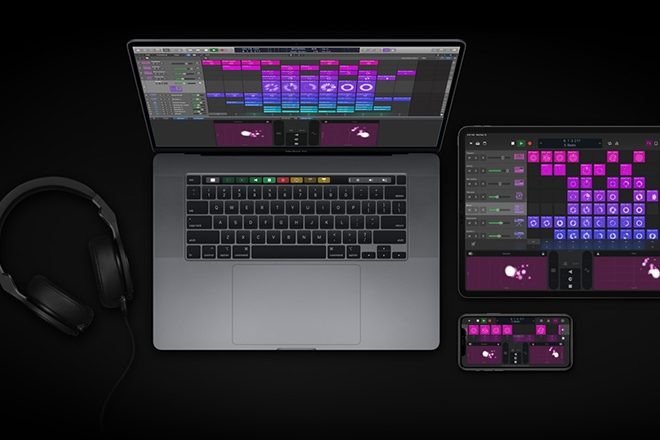 Apple has announced the biggest update to its production software Logic since the launch of Logic Pro X.

The new features in Logic Pro X 10..5 include a professional version of Live Loops which enables users to freely write and arrange music using loops, samples and recordings. This can then be transformed with the Remix FX feature, which can apply electronic effects like Bitcrusher, filter, gater, and repeater to sounds.

There are also new beat creations tools such as a Step Sequencer, Drum Synth and Drum Machine Designer, and an evolved Sampler and simple to use Quick Sampler.

Apple’s vice president of Apps Product Marketing Susan Prescott said: “Logic Pro X 10.5 represents the biggest update to Logic since the launch of Logic Pro X, with powerful new tools that will inspire every artist — from those just getting started with Logic, to those already using it to produce Grammy Award-winning albums. We can’t wait to hear what these artists create next.”

Grammy-nominated producers Denzel Baptiste and David Biral of Take a Daytrip said: “Logic Pro X 10.5 has changed the way we approach making music. We’ve been working with all the new features, from recording sounds with the MacBook Pro’s built-in mic directly into Quick Sampler, to quickly arranging a song while simultaneously recording artists using the Live Loops grid. Logic has been used for years on all our productions and the new version will make it even faster for us to create lasting songs.”