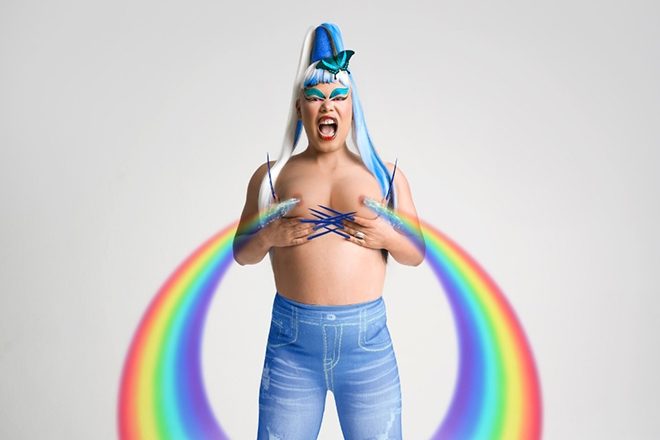 Garnering critical acclaim for their previous work, Angel-Ho is bravely communicating the complexities of queerness in an African setting, aiming to challenge the conventions of gender and sexuality through audio-visual performance.

The new project covers a number of different themes including queerness and social change, with Angel-Ho’s identity as a non-conforming trans person being explored across the project’s runtime.

They will also showcase their production abilities, with eight of the 10 tracks on the new record being produced by Angel-Ho.

A documentary from Allison Swank, looking at the effects of Schizophrenia on artistry, starting Angel and their mother Valerie, will release alongside the project, and Angel has enlisted producer Henry Howe to aid in creating the narrative for ‘A Time To Die’.

Read this next: Get to know Angel-Ho, the artist fusing neo-pop anthems with gritty club mentality

‘Broken Hearts’ explores queer love and the stigma’s surrounding it, while the track ‘Express Your Way’ unpacks freedom of self-expression and its endless possibility.