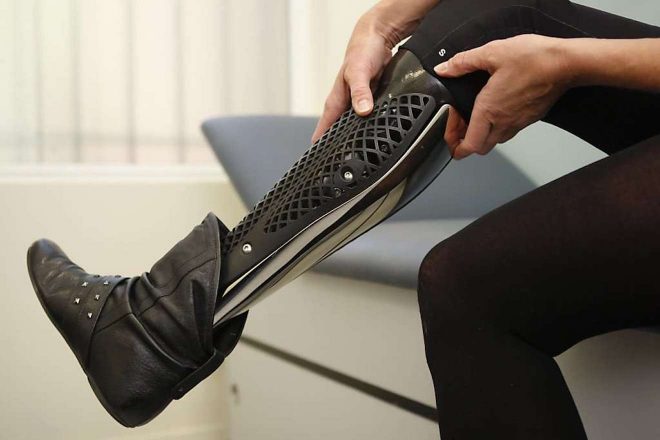 An amputee from Maidstone, England named Philip Tucker is seeking to set the world record for longest dance with a prosthetic leg by attempting a none-stop nine-hour session, something even a raver with two legs would be hard pressed to do.


The 49-year-old lost his leg in a motorcycle accident when he collided with an articulated tipper in 2001. Following the accident he was able to get back on his bike within 10-months, but now he has a new goal.

Speaking to Kent Online, Tucker shared that his passion for dancing is common knowledge to those who know him: “Before my accident I was well-known around town for getting up and having a boogie… There aren’t that many people with two legs who put as much energy into dancing as I do over the course of an evening. I thought there must be something worthwhile in setting the record. I thought it would be something fun to set an actual official record.”

Although the world record would be an accomplishment, the main goal of the dance is to raise money for the Kenward Trust, a charity organization that offers support and rehabilitation to those seeking recovery from substance abuse. Tucker’s close friend, who is a recovering heroin addict, received treatment from the organization and Tucker felt it necessary to give Kenward Trust the support it deserves.

The world record attempt falls on Kenward Trust’s 50th anniversary, coinciding with Tucker’s 50th birthday as well: “My plan is to set up a little festival in the courtyard outside the Royal Albion. It is a nice spot for a mini festival and people can enjoy it. If I set up eight or nine hours of music then I can see how long I can dance for. I need to have a way of measuring how much energy I use because you submit the evidence to Guinness World Records and they decide whether or not to grant it.”