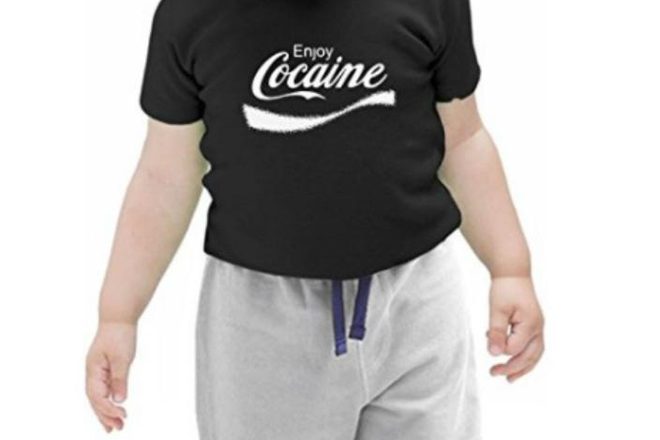 A customer backlash has led to Amazon taking down a range of children’s clothing emblazoned with the slogan ‘Enjoy Cocaine’, including babygrows and bibs.

The products were being sold through Amazon by an idependent retailer, reportedly based in Estonia, and mimicked the design of Coca-Cola’s ‘Enjoy Coke’ logo, replacing the solid white underline with a powdered version.

Child models were used to advertise the clothes.

A customer named Stefanie Smith raised concerns about the clothing, posting a screenshot on Amazon UK’s Facebook page and writing: "Admittedly, yes I was looking for a Libertines T-shirt but what the actual hell is this? WTF."

Amazon has now removed the items from sale. A spokesman for Amazon said: "All Marketplace sellers must follow our selling guidelines and those who don't will be subject to action including potential removal of their account. The products in question are no longer available." 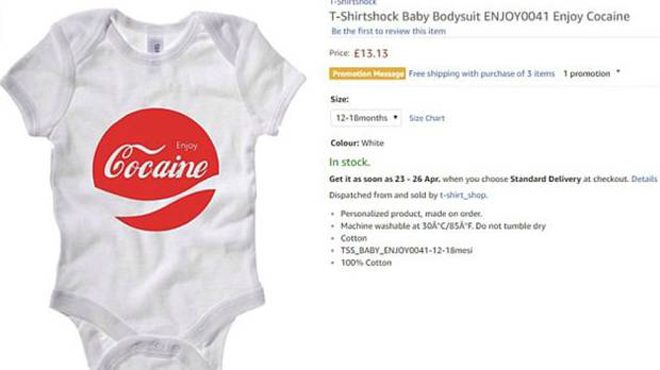