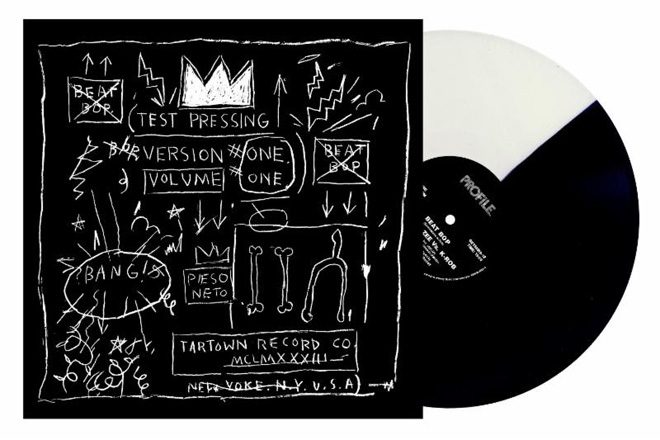 Rammellzee and K-Rob’s highly sought after ‘Beat Bop’ single, produced by artist Jean-Michel Basquiat, will be reissued by Get On Down on black and white vinyl.

The initial 1983 run was reputed to be limited to 500 copies, and was the only release on Basquiat’s Tartown Records label. Basquiat also adorned the cover art with his signature work.

The single has been reissued but never in its picture sleeve form until now.

From January 4 to March 8 2018, San Francisco’s Fraenkel Gallery hosted an exhibition which explored vinyl album artwork made by numerous iconic artists, including Basquiat.

For more information check the Get On Down website and listen to 'Beat Bop' below.