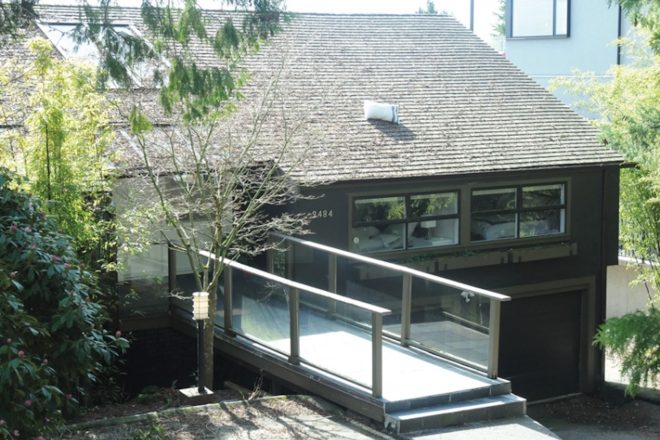 A 14-year-old girl in Vancouver rented a house over the weekend and hosted what is being described as a 200-person "rave".


According to the Vancouver Courier, the young girl rented the home by using her parents’ credit card. Once the news of her party spread on social media, about 200 people had turned up to the $600-per-night property.

One local neighbour said the house has quickly become known as a party house, but the recent incident was far beyond other gatherings as “the bass was just picking up and the whole neighbourhood was shaking because of it, and kids just kept streaming in.”

West Vancouver police spokesman Const. Jeff Palmer described the scene once authorities came to break up the party: “Kids were flooding out all over the place. Patrol team members were doing their level best to ensure that nobody was hurt and there was no medical circumstances resulting from the party.”

“(There was) a great deal of damage – artwork smashed, furniture smashed, damage to the walls, furniture tossed into the hot tub – just a really long, long list of damage that by the owners’ estimate is somewhere in the neighbourhood of $20,000.”

The neighbor stated that it only took about 45-minutes to bring the scene to order, but after the crowd dispersed “the streets stank of Jägermeister from all the pour-out.”

The girl's parents and the homeowner arrived at the scene, but no charges have been filed against her, said Palmer: "They were planning to resolve the issue of the damage in a civil proceeding between themselves and as such, the homeowner isn’t requesting any criminal action against the 14-year-old or her family. Certainly there is discussion to be had around what access your child or your youth has to banking information and how you might control how they use it.”

Apparently the home is worth about $3.5 million and was previously listed for rent on both Airbnb and VRBO, although it has since been removed. The owner of the proper, who also owns two more properties in the area, did not respond to the Vancouver Courier’s request for comment.