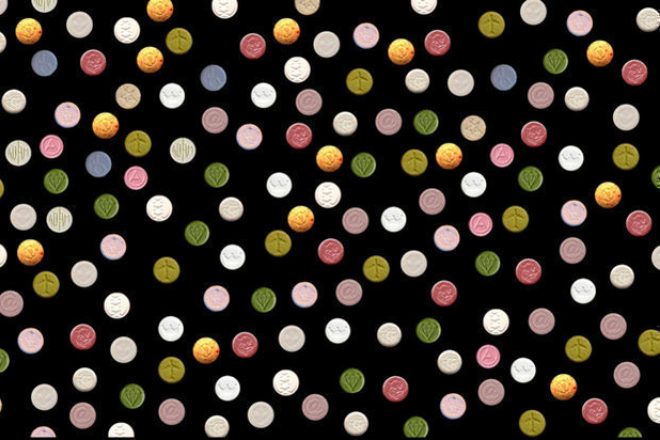 827,000 ecstasy pills, 76kg of speed, 39.5kg of crystal meth and 217 litres of liquid amphetamine have been seized by Spanish police in the country’s largest synthetic drugs bust.

11, hailing from Spain, Romania, Italiy, the Netherlands and Colombia, have been arrested following a joint investigation by the Guardia Civil and national police forces.

The investigation lasted a year and resulted in the second largest ecstasy seizure in Europe across the past two decades.

A statement said: “It’s also worth noting that of all the substances seized, the 217 litres of liquid amphetamine would – had it been processed in the organisation’s Barcelona laboratories – have produced 738kg of speed, making it the biggest ever amphetamine seizure in Spain.”

During the investigation, specialist officers came under gun fire from a gang member while raiding a property connected to the gang — which has been described as “the most important criminal organisation dedicated to the manufacture and trafficking of synthetic drugs in the history of Spanish drug trafficking”.

The gang primarily funded its operations through the smuggling of significant amounts of hashish and marijuana to the UK and the Netherlands. It stored the drugs inside three-phase electrical transformers that were hidden in classic cars and shipped to the Netherlands, where the hashish and marijuana was removed and synthetic drugs were loaded up for the return journey.