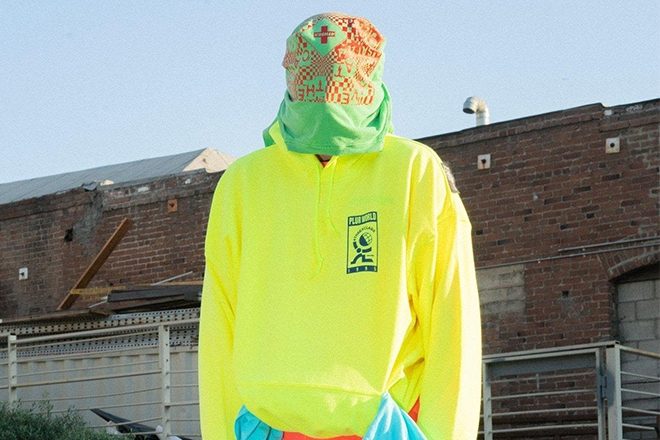 One of the most respected figures in the Los Angeles underground streetwear and high fashion scene, the French-born art director, designer and music producer Jean Marc Virard has dropped his debut Timetable Records EP 'Youth Evaluation' under his 4THSEX moniker.

The tasty four-tracker is a breaks-driven exercise that uses mixed-bag of astute and stylish r'n'b, garage and hip hop influences to inform his sound. A core member of Nosaj Thing's Timetable Records imprint, his ability to combine futuristic and vintage aesthetics in both his music and menswear shows us that 4THSEX always has his finger on the creative pulse.

In addition to his music, the raving renaissance man has launched his 4THSEXCLOTH line which is exclusively available at Departamento, the "Coolest Menswear store in Los Angeles" according to Vogue. Later this Summer, 4THSEX links with the footwear company Brandblack to present his very own club-influenced running shoe, named ironically the "AIR 4TH ONE" or A4TH1.