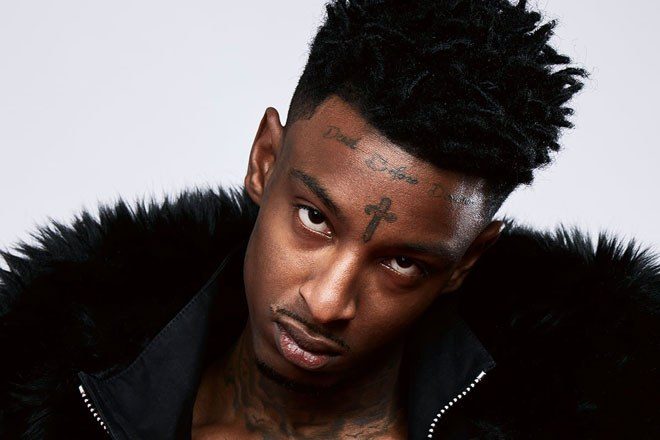 Rapper 21 Savage is facing deportation to the United Kingdom after being arrested by local and federal law enforcement officers.

Reports state 21 Savage, who released his latest album 'I Am I Was' in 2018, is a British citizen who entered the United States in July 2005 and overstayed his visa, which expired in July 2006.

Real name Sha Yaa Bin Abraham-Joseph, 21 Savage was picked up during a targeted operation in Atlanta, Georgia in the early hours of Sunday morning.

US immigration and Customs Enforcement spokesman Bryan Cox said that the Grammy Award nominee was currently in deportation proceedings in federal immigration court.

The 'Savage Mode' and 'Rockstar' rapper's lawyer Dina LaPolt said: “We are working diligently to get Mr. Abraham-Joseph out of detention while we work with the authorities to clear up any misunderstandings."