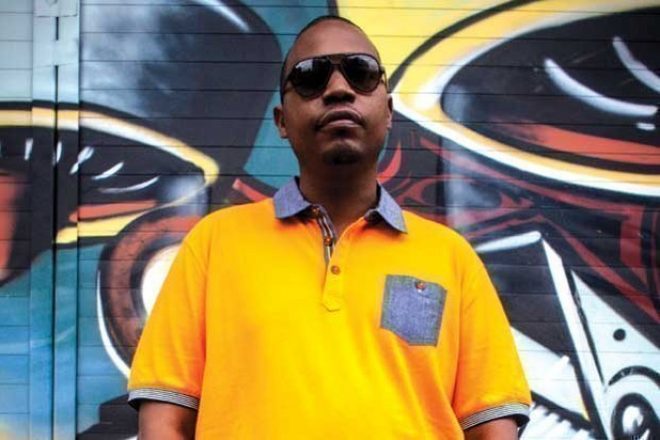 Maybe it's a sign of dance music's age. One thing's for sure, though: there seem to be far too many legends dying with each passing year; and 2014 was no exception. Among them were the too-young DJ Soane, one of New Zealand's finest; Big Bank Hank, one of the original members of The Sugarhill Gang; and Joe Sample, the American keyboard player whose work was endlessly swiped in hip hop, from Arrested Development to Tupac. There was also DJ E-Z Rock, of 'It Takes Two' fame, who died from a diabetic seizure at just 46, while Wayne Smith, the purveyor of revolutionary ragga tune 'Sleng Teng', went at 48. And a few days ago, Chicago house was dealt a blow as seminal vocalist of the 80s and early 90s Kevin Irving, who sang on 'Children of the Night', 'Ride the Rhythm' and 'The Love I Lost' tragically died on December 19.

Still younger than this pair was DJ Rashad (full name: Rashad Harden) one of the pioneers of the Chicago footwork movement. Last year Rashad released the acclaimed 'Double Cup' on London label Hyperdub. His career began in the 1990s as part of the rise of the ghetto house scene in Chicago, a particularly profane and high-octane strand of the genre that eventually gave way to juke and footwork, perhaps best exemplified by his collab with DJ Spinn, 'Girls Bust Down', a minimalist romp that recalled the far reaches of the Relief catalogue. There was some dispute about how Rashad died, with early reports claiming a drug overdose countered by claims he had suffered a fatal blood clot to the leg. An autopsy in August found his body contained traces of heroin, cocaine and Xanax.

Although slightly older than Rashad, the death of Mark Bell was a real shock, coming as a result of complications during surgery. Bell, along with Gez Varley, was the founder of LFO: pioneers of the peculiarly unique strand of British techno known as Bleep (an early Warp compilation neatly summed up the sound: 'Pioneers Of The Hypnotic Groove'). Their early eponymous single was one of the first releases on Warp and provided the inspiration for scores of early electronic producers, not just in the UK, but worldwide, and even scored an unlikely Top 20 hit for the duo. Although Varley left in '96, Bell continued with the name – though it was his move into production for other artists that maintained his prominence as one of the UK's true auteurs, working with both Björk and Depeche Mode.

The greatest shock of 2014 was the sudden departure of Frankie Knuckles, one of the founders of the modern dance scene and the man who gave house music its name after his legendary stint at the Warehouse in Chicago. Although he had had issues with his health in recent years, his death from complications surrounding Type II diabetes was still a shock, since Frankie was seemingly someone who had not only always been around but always would. Born and raised in Brooklyn, Knuckles was a teenage buddy of Larrey Levan, the DJ who most defined the dance scene in 1980s New York. The pair started out together, working for Nicky Siano at The Gallery and then playing together at the Continental Baths, before Knuckles took over at the Warehouse in 1977.

The term 'house' came from the local record store Imports Etc, who would describe the music Knuckles played there by this condensed term – although ironically, house music was never played at the Warehouse because it closed before local musicians began making their own productions. "I really felt I became a part of something and that I belonged somewhere," he recalled. "I got the same thing that David Mancuso got from The Loft and Larry got from The Garage: you knew it was yours. Everything you put into it and every time you opened your mouth, you know, 'We need to do this, we need to put that in'. It was always being heard and recognised and adhered to."

Knuckles' early productions, often with local musicians like Jamie Principle, helped his name travel outside the boundaries of Chicago's South Side, and a move back to his native NYC, along with his career-long liaison with Judy Weinstein at Def Mix, established him as one of the greatest remixers of the era, often commanding five-figure fees for his remixes during the 1990s dance boom. In 1998, Knuckles' role in house music was acknowledged when he won the inaugural Grammy in the Best Remixed Recording category and on August 25 2004, thanks to a campaign backed by then Senator Barack Obama, South Jefferson St in Chicago – the original site of The Warehouse – was renamed Frankie Knuckles Way. Characteristically, Frankie worked right up until the Saturday before he died, playing at the Ministry Of Sound that weekend.