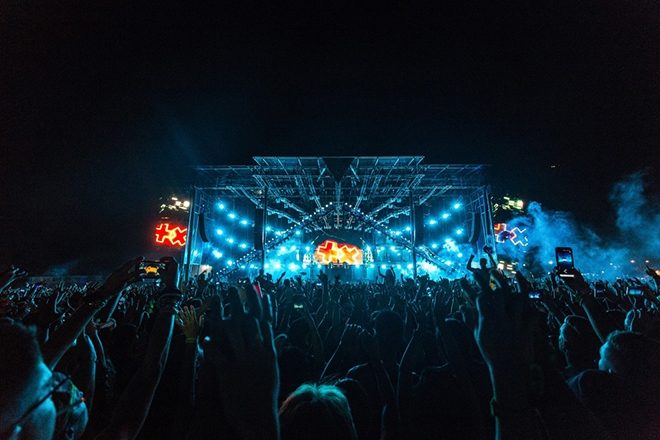 In December, US congress approved a $15 billion financial aid fund to help support cultural venues such as music clubs that are struggling during the pandemic due to the inability to host events.

The news was well received. Dayna Frank, owner of Minneapolis’s First Avenue club, said to the New York Times: “This is what our industry needs to make it through.”

The Small Business Administration is in charge of overseeing the fund and creating rules and systems for the initiative. The administration’s Office of Disaster Assistance will decide which eligible recipients, of which there is a vast amount, receive relief.

Read this next: "81% of UK nightclubs will not survive past February" without government support

Eligible applicants for the initiative, which is called the Shuttered Venues Operators Grant, will be able to apply for 45% if their gross earned revenue, up to a maximum single grant of $10 million. $2 billion of the available money will be reserved for venues with up to 50 full-time employees.

The Small Business Administration has not been in charge of a major grant program before. Its biggest operation during the pandemic, the $800 billion Paycheck Protection Program was a continuation of a long-running loan program, and it faced criticism for its complexities and uneven distribution, which saw 1% of borrowers receive more than 25% of the available money.

The Office of Disaster Assistance has been overloaded managing the Economic Injury Disaster Loan system, which paid out $194 billion and plagued with difficulties that may have caused tens of billions of dollars to be awarded to ineligible or fraudulent takers, according the agency’s inspector general.

It has not yet been decided when the program for venues will begin, but it is expected that rules and guidance will be circulated as early as this week. People who lobbied for the Shuttered Venues Operators Grant relief package are urging the Small Business Administration to ensure tight safeguards are in place so that the $15 billion is distributed to the independent arts venues that are in most need.

Read this next: ‘Health passports’ to enter music venues are being trialled in the UK

Congress has written some specifications in to stop the likes of bars and restaurants that host occasional musical performances from applying: spaces must have a lighting rig, mixing equipment, charge for the majority of tickets and have employees in roles such as talent booker and sound engineer in order to qualify as live music venues.

The Small Business Administration estimates that at least 27,000 businesses could qualify, which is far bigger than envisioned by independent arts venue owners who lobbied for the financial aid.

Last year the National Independent Venue Association estimated that a $10 billion fund would be enough to cover the live music industry. The aid provided by this grant program is also for establishments such as cinemas, museums, threats, zoos, aquariums, and more.

This has caused some concern that it will be overwhelmed and not enough money will be awarded to music businesses that many of the grant’s supporters, including one of the proposal’s sponsors Senator John Cornyn, thought it was designed to help.

A spokeswoman for the Small Business Administration told the New York Times that the agency is “building the Shuttered Venue Operators Grant program from the ground floor and setting up front-end protections to ensure these vital grants are delivered to those the law intended to assist.”

She would not comment on how long the fund is expected to last. There will be a race to receive funding while it’s available.

For the first two weeks, applications will only be open to businesses with a 90& or higher loss of venue between April and December last year, before allowing applicants with a loss of 70% of revenue in this timeframe across the following fortnight.

People working for businesses in the final group of eligible applicants, with losses of at least 25%, fear that the previous two priority groups will take up the funding before they have a chance to apply.