It's telling that when Yazzus describes what she wants to hear in the club, she just throws up a pair of gun fingers. No words needed.

The Ghana-born, London-based artist lives for energy. She's been causing a ruckus with high-speed DJ sets that zoom toward and upwards of 160bpm, appearing in the booth in a flash of neon and with a huge smile. Her vibe is infectious: it's inevitable that she'll have you dancing to rocket-fuelled dance music like it's your birthday every time you see her.

Her dank remix of 'Disko Rekah' was one of the key tunes from SHERELLE's breakout Boiler Room set last year and since then she's evolved from making party-smashing bootlegs to a producer capable of deploying new-skool rave music that's ridiculously infectious. Her self-released 'Voltagem' EP showed what she was capable of before Mad Decent sub-label Good Enuff picked up 'Delta Wave', a head-spinning five-tracker that chucks hardcore, jungle, breaks, acid and footwork into the blender with a devilish sense of glee. Instant gun fingers. No wonder she got the nod from R&S recently.

Read this next: RP Boo and SHERELLE in conversation

Yazzus' rise has coincided with that of 6 Figure Gang, the crew she's part of alongside LCY, Dobby, Jossy Mitsu, Fauzia and the aforementioned Shezza. Since forming in 2019 they've made it their mission to spread low-end dance music and inject a new kind of energy into dancefloors and DJ booths.

Her Impact mix is a typically hard, fast and fun joyride and in the Q+A below Yazzus talks about the meaning behind 'Delta Wave', wanting to help people transcend using the power of high-speed dance music and the power of rave culture. 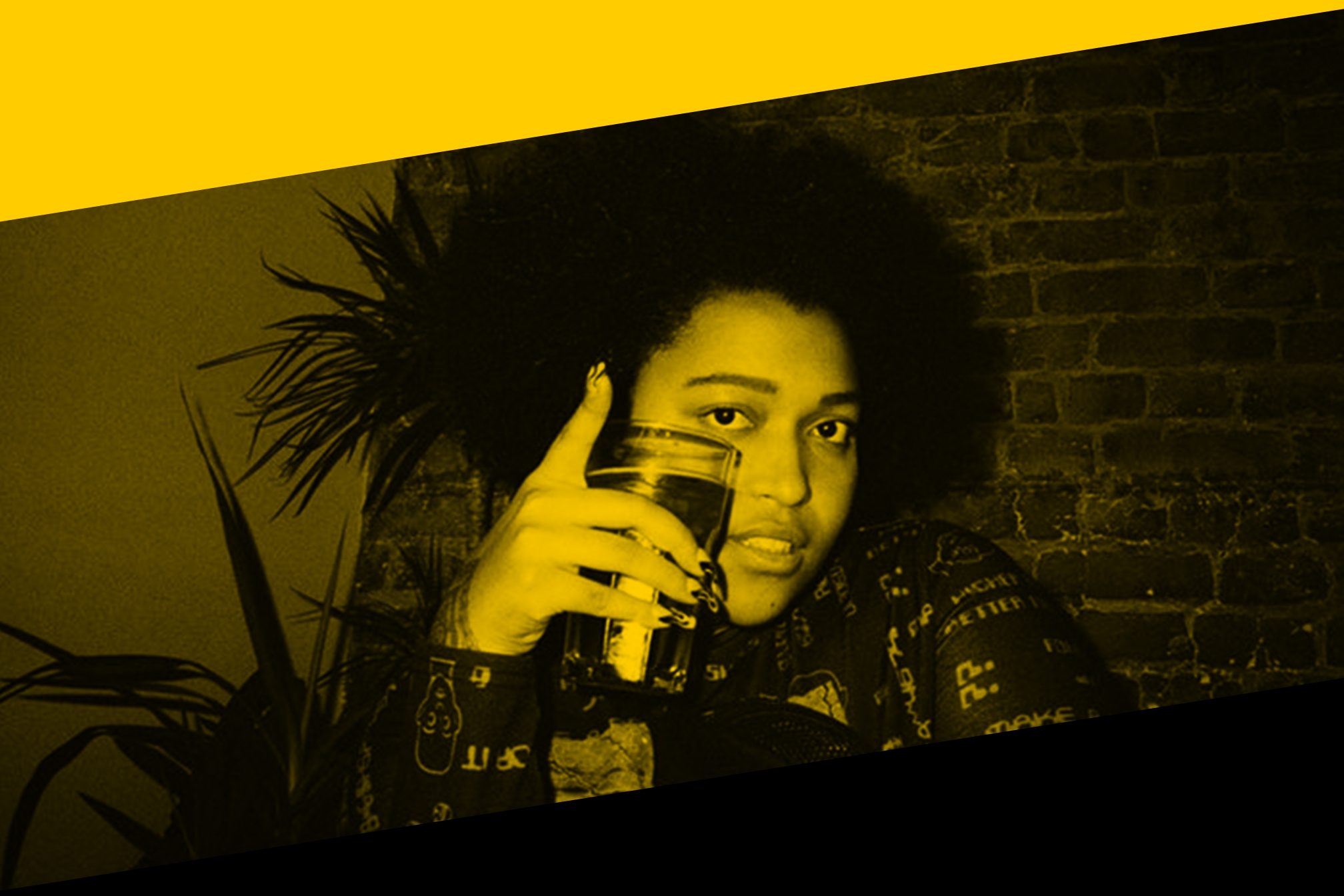 What does delta wave mean?

It's a sleep state. I'm quite spiritual so a lot of the music that I make there's a spiritual background to it. So delta wave is the deepest level of your unconscious, so when I was making that EP I wanted to make music that you'd only hear if you were dreaming. I like the idea that it isn't music that you're supposed to chill to – it's transcendent and fifth dimension! I love that shit so much.

Why do you think there would be rave music playing in the fifth dimension?

Because why not? That is the music! Especially when I think about intelligent jungle – that's another big inspiration – a lot of the themes in that are ethereal, like the pads and the melodies. Rave music in general has a lot of spiritual connections to it, like the whole idea of people congregating together and the DJ being the shaman and this whole journey that you're being guided on to. I did a whole study about this at university so it's a full circle moment for me!

Read this next: How women are dismantling the hardcore boys club

How did you first come across a concept like delta wave?

I go to bed with binaural beats, which is two frequencies that sound like one. It's like meditation music and you can have loads of different type. If you Google it or look on YouTube you can have binaural beats for love or binaural beats for money manifesting. I was really interested in the idea of how certain frequencies when we're asleep can have a positive affect on your mind state. I've literally been doing it for a year now and feel like I'd go to bed thinking about manifesting money and wake up with some mad gig opportunity and be like, "this is real, this is happening!" I'm a big believer in the universe, I love that shit, that inspired me to explore this.

Can you talk a bit more your interest in spirituality?

I'm a believer in the universe, not so much religion, I didn't have a religious upbringing. For me it was my life experiences, like that whole thing of 'one door closes, another door opens': I remember being at uni and I went to apply for a film course, I thought I was going to be a filmmaker or an editor, and I didn't get it but I got offered a foundation course instead and I feel like that path has led me to who I am.

During first year of uni I was just listening to SoundCloud and doing music and one of my good friends, Elle, asked me, "why don't you be a DJ? You can just start doing it, you don't have to study it." And since then I think that if I didn't have that conversation, fuck knows what I'd be doing right now. Everything's there for a reason, I'm on a specific path and every time something mad happens, I thank the universe. [There's] energy as well, giving out positive vibes and getting that shit back. For me, it makes sense. 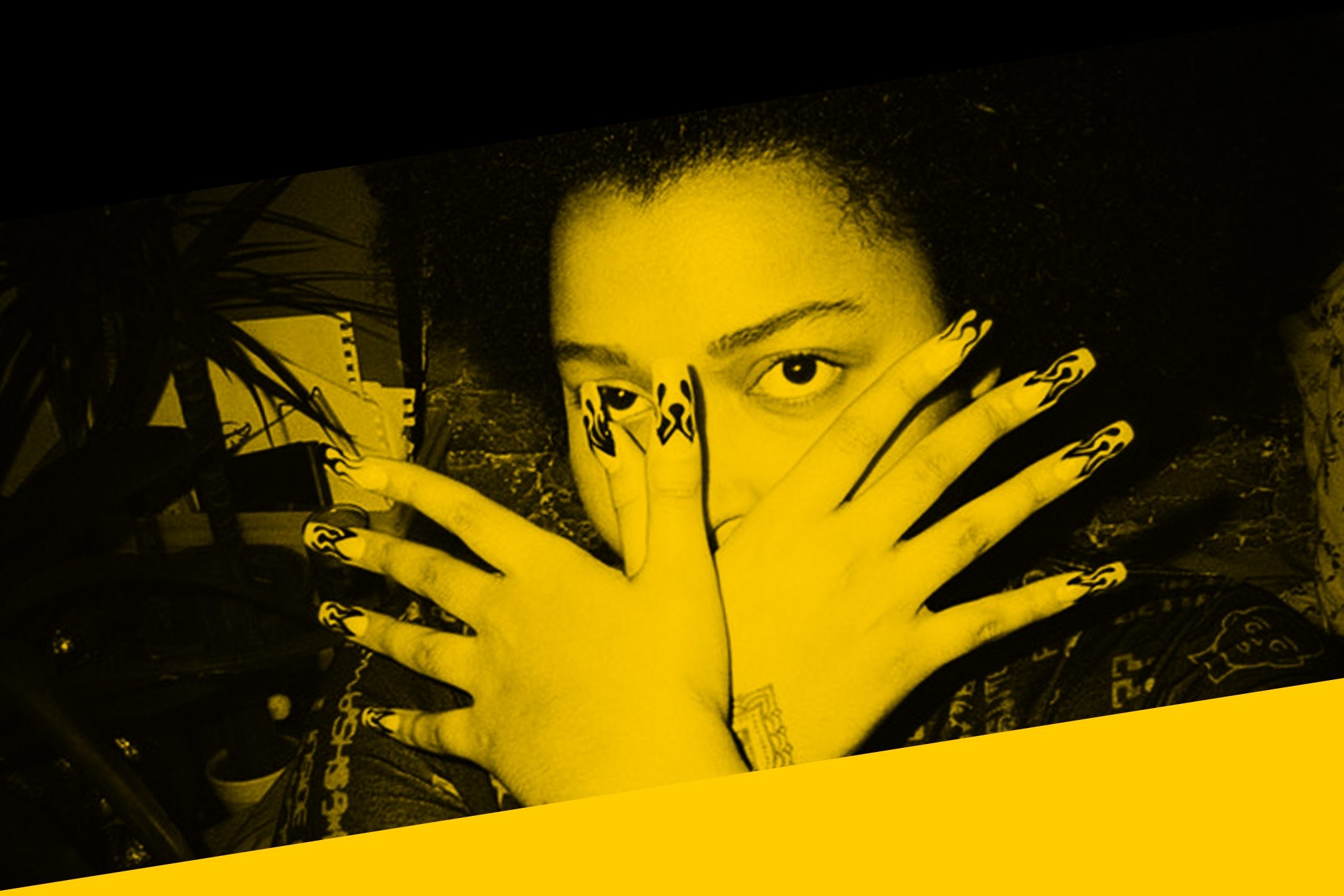 Have you ever had a spiritual moment on the dancefloor?

All the time! But obviously it's with drugs. So I remember that the actual night where I was like, "oh my god! I'm gonna be a DJ" was Warehouse Project in 2014, with Kaytranada, Rustie, Hudson Mohawke, I was on MD and I felt like I was floating, I became part of the music. I was like, "this is such a sick experience" and I wanted to deliver that to people. I wanted to give back that vibe that I had in 2014. Loads of people are like "MD is for children!" but my body just works with it, I feel really happy. That's literally what I want. That's why I'm obsessed with this idea of transcendence and leaving your body and entering this spiritual realm.

'Delta Wave' is out on Mad Decent sub-label Good Enuff – how did that come about?

They approached me after listening to my Deep Medi jungle pack on Bandcamp, which is crazy, because I just put it out as a chill thing. They found my music and asked for demos. I was like, Mad Decent, OK that's kind of crazy. It's really cool because the label wanted more underground stuff – Dr Jeep and Glacci recently did a thing on there, DJ Lag as well – so it was really cool that they liked that jungle and footwork vibe. It was a nice thing to wake up to, they're all sick as well. Big up.

Obviously going from self releasing to putting something out on the sub-label of Mad Decent is quite a big deal. What advice would you give to other artists looking to do the same?

Self releasing is a great start because then labels can look to you and there's already a catalogue there online. Bandcamp is honestly such a sick way to do that because you're entirely in control of what you're putting out, you get most of the money back, they take such a small fee. It's a great start and a good platform to get yourself known. Just put out random bits and bobs, it's better to have stuff out there and you never know who's going to listen. People always used to say that to me.

Don't be afraid to put stuff out there, even if it's just 'Ideas Pt. 1'. Bandcamp is so free in that sense, you can do whatever you want. From there you can explore, hit up labels if you want and go from there.

Can you talk about your interest in rave history and culture?

I did my dissertation on sub cultures and I [started with] grime and when I was researching [things like] punk and ska I came across rave and I was like, oh my god this is so sick. I really like the idea of how sub cultures congregate because of music. Music defines who you hang out with, where you hang out, the clothes... Music is everything.

Especially with rave culture, it was iconic how big the gathering were and obviously the music back then really resonates with me. I love it. It's silly, it's fun, doesn't take itself too seriously and even when I play rave music now and it's to a crowd who might not have heard of it before, the reaction is always the same: people just lose their shit. It's the mad breaks, the millions of synths, it's just so much fun. If I could be stuck in a moment, it'd be at a rave and I'm just playing constantly, that would just be it!

You mentioned sub cultures and style – how has rave informed your style or vice versa, how do you go about styling yourself for the club?

People always know me to be wearing at least one form of neon green. I love that colour so much.

Just to make it clear: I like neon. So black, with a bit of colour. I've always been that bitch that wears all black but obviously over the last few years I've added a bit of colour now and then, but I'll never wear a full colourful outfit.

I think rave music is very loud, in your face in general, and my style has evolved to match that. 90s fashion in general has been in for god knows how long, so I love big high waisted joggers, supper baggy sweatshirts, all that kind of stuff. I'm actually planning a style evolution for when I come out of this lockdown, I want to be even crazier so that's basically what I'm doing.

As a DJ your image is part of the package, which is annoying, but because I'm a designer as well, I've always thought about aesthetic.

What do you like about high speed dance music?

It's just energy at the end of the day. Music that's for the club. When I'm at home I wind down, but when you're at the rave it's like [throws gun fingers up]. I started my DJ career playing 140bpm club and I grew up on grime and dubstep but I feel like a different kind of energy, the endorphins are going crazy, when I play 160bpm plus. Rave music just gets sillier when it's at 160bpm, then you bring gabber in, hardstyle, it's just like "whaaat!" madness. It's just energy refill constantly.

Tell us about your Impact mix.

I had a lot of fun doing it. I wanted to combine all the stuff I'm interested in. I go through ghettotech, ravey breaks but still at 140bpm and of course we go into some mad 160bpm rave madness at the end. That's a standard Yazzus mix, I like to start 140bpm and take it there. In the middle I just thought, let's do a Machinedrum remix of a Roni Size track, let's chill out for a bit, then we go back again.