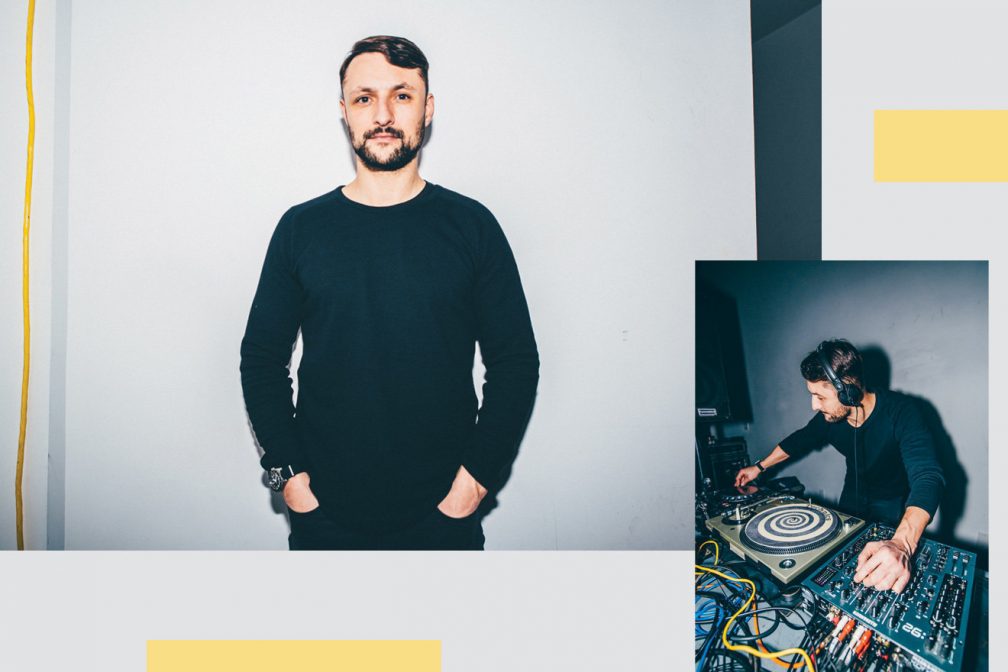 Of course, it's not as though Elliott was a complete unknown back in 2008. He already had monthly residencies at Goodnight Gracie's – with Matthew Dear, no less – in Ann Arbor and at Shelter in Detroit. He played a flawless set in front of 12,000 fans at Sónar By Night with his Spectral Sounds crew. He wasn't by any means unknown, but he's operating on a different level now.

It's not because of his history as a financial analyst that he's succeeded as a DJ, but those previous experiences might just have helped him to become so good at his new job. Elliot embodies certain techno tropes and extends their left-brain clichés to almost comic lengths. His organisational skills and attention to detail are astonishing. He used to chart out his DJ sets in Microsoft Excel spreadsheets, and he co-ordinates the folded stacks of clothes in his closet by material weight and quality (but obviously not by colour, this is techno: "it's almost all black," he laughs). The length of his facial stubble is a finely calculated art form — it's the same in every photo, locked in somewhere after five o'clock shadow and before beard. He's a man of precision. And paradoxically it's this precision, this horological calibration, that makes his DJ sets such a thing of ringing passion.

"I will say that being out of corporate America for six years now, the artistic side of me has grown more," says Elliott, taking a long sip from his pint of Stella Artois and rubbing his black chin. A shiver runs through him as the temperature drops, a crisp bite from the chilly December air. "I enjoyed my time at Ford, but it just wasn't what I was put on this earth to do," he adds, grinning widely. "Sometimes Mondays were pretty rough, let's put it that way."

Just four hours later and the scene has dramatically shifted. Gone are the towering palm trees wrapped in Christmas lights, and the glowing sapphire bed that is the Roosevelt swimming pool. Gone, too, is the accessible pop-jazz music oozing out of the hotel speakers. And in their place is a scene that seems like it could have been ripped straight out of the LA Friday night playbook.

Elliott studiously applies himself to the Technics 1200 turntables in front of him while a girl does her best Cleopatra impression one foot away from the decks, offering a dazzling (albeit slightly inebriated) wavy-armed Egyptian simulacrum in a shimmering tube dress. Behind her, a crowd of roughly 250 punters join in unison. From buttoned-up cubicle drones that wouldn't appear out of place in Elliott's former Ford finance kitchen to the perfectly dishevelled, snapback-topped clones that make up the foundation of LA nightlife, the crowd at Fine Time defines eclectic. Delightfully ornate men with well-groomed moustaches and rolled-up trousers exposing delicate ankles roam the dark space while girls in hot pink fur coats with hair to match walk in concentric circles. In the gloom, silhouetted against the walls, half-a-dozen man-buns can be seen bouncing in rhythmic synchronisation.