Late Monday afternoon and Mixmag is waiting for Philipp Gorbachev in front of one of the looming Seven Sisters, the Gotham City-esque Soviet buildings that punctuate Moscow’s major ring road. Muscovites – a smart and cosmopolitan bunch – are streaming by in the afternoon sunshine, dwarfed by the Stalin-era building yet blithely unaware of it, just as they’re oblivious to the elderly lady in a babushka begging for money on the steps of an adjacent subway station.

Clad in a bright orange jumpsuit and shades, a series of severe lines etched into his tightly-cropped hair, Philipp is pretty easy to spot even amid the rush-hour chaos. He strides forwards confidently and points at the vertiginous building behind us. “This is the Ministry of Foreign Affairs,” he smiles. “I would have been working here if I hadn’t become an artist.”

Turns out he’s not joking. Raised in a fairly affluent family in the Moscow suburbs (his father was a famous racing car driver), Philipp attended Moscow State University to train as an ambassador and diplomat. Something along the way, though, derailed his civil career and led him to become this orange-clad outlier instead.

On a stroll through his native city, Philipp guides us to what looks like a high street a few minutes from the Ministry building, not seeming to notice the double-takes his outfit provokes. “This was one of the main punk streets during the 90s,” he says. We look at the colourful bunting, rows of international stores and ice-cream slurping families doubtfully: it looks about as punk as Ronald McDonald. But then we turn a corner and find a dilapidated, heavily-tagged wall bearing three large Russian letters: Ц-О-Й.

“This is pretty much all that’s left of that era here,” says Philipp wistfully. “The letters here spell ‘Tsoi’ in English, as in Viktor Tsoi, an exceptional poet and one of the leaders of the post-punk scene. He was the leader of a band called Kino and one of the main counter-culture figures during the Perestroika era until he died in a car crash in 1990.”

It was Kino, Philipp explains as we walk and talk, along with another band from the early 90s, Zvuki Mu, who became his main musical inspirations as a rebellious teenager (he’s 28 now). Zvuki Mu’s drummer was a painter who built a custom drum kit – something that Philipp also now has – and was inspired by acid house way back in 1987. Bass player Sasha let Philiip and his friends use their studio. “These guys were great, they would come in while we played and say things like ‘Hey you’re playing like assholes, you need to do it like this’. We were only 15, just kids, but already watching films and documentaries like Stop Making Sense and Woodstock.”

Zvuki Mu’s singer, Petr Mamonov, also gave Philipp’s father pirated music CDs, which were more often than not passed onto his son, and supplemented with Philipp’s own purchases – early techno by the likes of Kompakt, Green Velvet and Underground Resistance – paid for with his school lunch money.

We stop again halfway down another street, where a white circular building with distinctive diamond-shaped windows stands in a garden. The gate is open, so we go inside. “This was the house and atelier of Konstantin Melnikov, one of Russia’s great Constructivist artists,” says Philipp. The avant-garde is a fitting milieu for an individual as apparently restless as Gorbachev: regarded as one of the Russia’s first international dance artists, he doesn’t DJ, is as comfortable around musicians as he is in a studio and his short but considered oeuvre, as well as his live shows, are heavy on surprises and showcase a tendency to improvise and innovate. 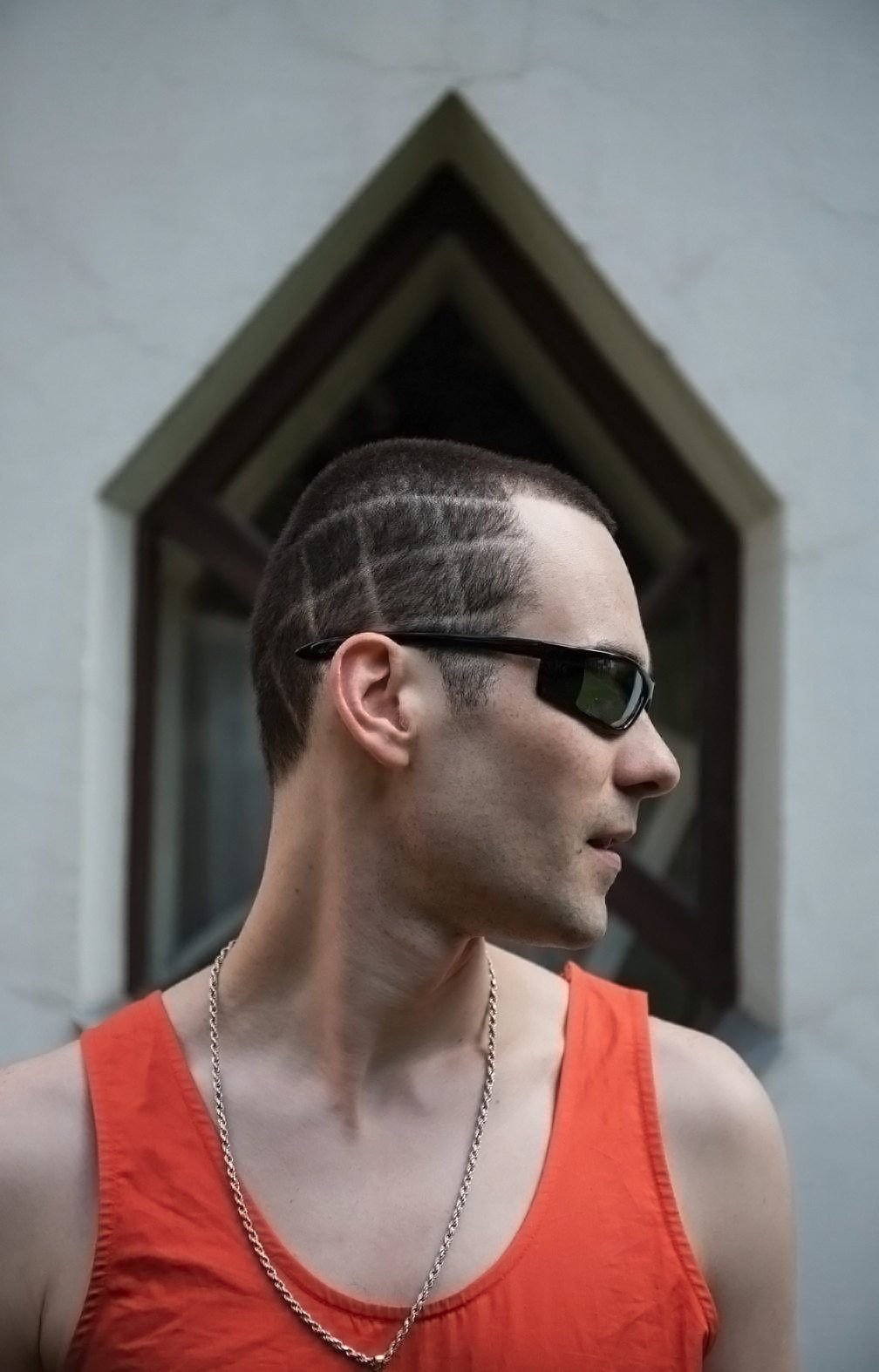