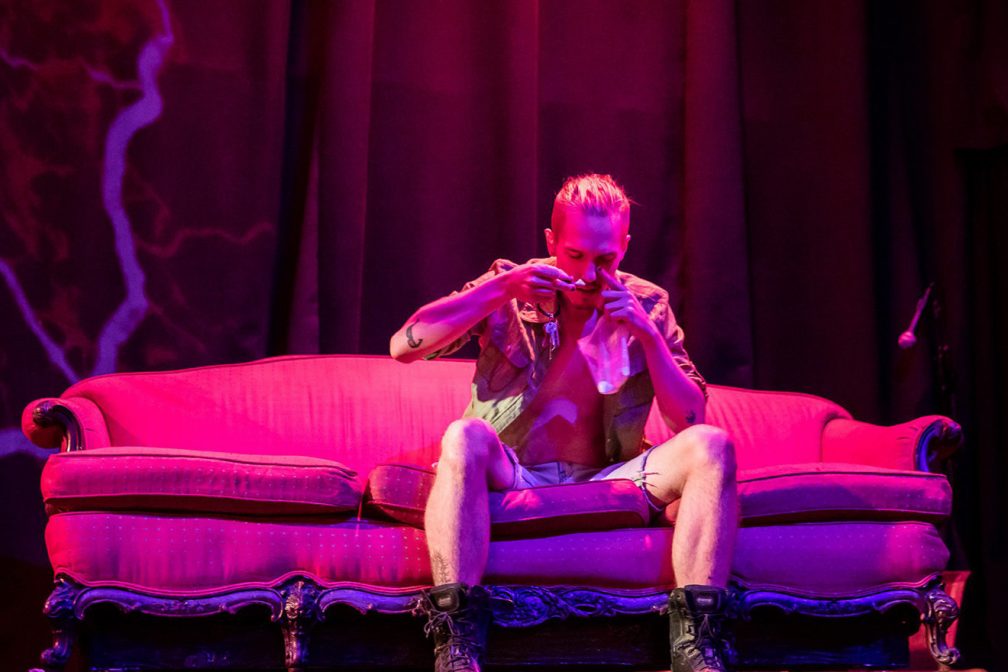 Ketamine: The Musical is centered around a protagonist on his journey through the many phases of being high on K. The play opens with a big bag of ket floating over the crowd, with a clown dressed in all white ripping open the bag and sprinkling it all over a woman. Go on then...

She proceeds to crawl through the audience and then is lifted into the air to perform death defying aerial maneuvers hanging from a ring. Mixmag looked on in awe, praying she wasn’t actually on the fluffy powder at this point. 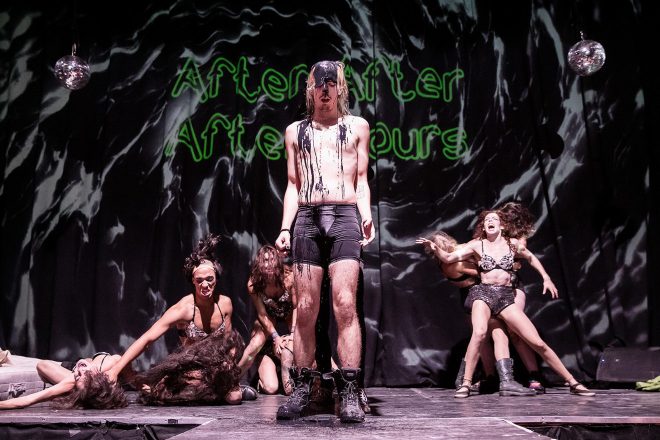 With a focus on delivering an artistic interpretation of the emotions, activities and conceptions that are commonly associated with ketamine use, the show consisted of 12 acts. Standout moments included a depiction of the “After After After Hours” crowd with dancers tweaking out and transitioning into a ket induced version of ‘Thriller’ (Why not?), a naked woman hanging from the curtains giving birth to keys while two babies ate them as they fell to the floor (Standard Tuesday afternoon at Mixmag Towers) and an emotionally-charged tandem aerial performance that was simply miraculous.

Did we mention the K Hole intermissions and a raffle with the prizes that included having members of the audience get completely nude and enjoy a bubble bath cuddle puddle in the middle of the crowd?