Last week saw Ace & Tate open up its third permanent UK store in Manchester. To celebrate the occasion the brand worked with Intern Magazine and well-known Mancunian figureheads on a zine that celebrates the city and all things eyewear related.

We caught up with DJ and curator Paulette to chat about her time working on the project.

Hi Paulette, what have you been up this summer?

This summer I became an octopus.

Productions-wise, my 'Sheroes' EP [on Black Riot Records] and video (co-created with my production twin and fellow shine-head, Chris Massey) came out. One side is an acid house tear up powered by a lyrical roll call of the fierce, ruling people we have been blessed to work alongside or people who have influenced us in our daily lives. It’s very much an answer back to Daft Punk’s ‘Teachers’ that namechecks only women ie ‘Sheroes’ ;-) Nemone and Black Madonna played it on their radio shows which was high praise indeed. We’ve just released the remix package which features a blazing, acid punk funk dub from Hi-fi Sean and an old-skool jack attack from Mr A. The flip side is ‘Violins And Things’ which is a late-night, speaker hugger of a beast. Add to basket. That’s all.

I have been DJing all over the place from Parklife to the River Stage (outside the National Theatre) and have a mad Pride weekend coming up, taking in all-nighters at Tariff and Dale (Manchester), Moovin Festival – Etherow Country Park, Gaydio Dance Arena at Manchester Pride and popping up in the basement as Massey and Paulette Project for ‘Come As You Are’ closing party at The Refuge. Radio – I was honoured to be included in Horse Meat Disco’s 12-hour, 5th birthday marathon takeover of Rinse FM. I started a new bi-monthly show on MCR:Live with Chris Massey – where we are the self-appointed Peters and Lee of Online Radio. My monthly show with Reform Radio continues – with guests including Sophie Lloyd, Brett Gould, Paolo Martini, Saliva Commandos and many others and I have done quite a few stand ins on the Friday / Saturday drive time mix shows for Gaydio.

In the daytime I am a Public Speaking Coach and Enterprise Skills Workshop Facilitator for NCS: The Challenge – teaching one to two day courses to large groups (60 – 84 people) of 15 to 17 year old students. It’s an intense experience that I love – every wave is different and I have had some fantastic results throughout the summer so I am happy. I was featured as one Manchester’s female musical pioneers this February in the Suffragette City Exhibition curated by Alison Surtees and the Manchester Digital Music Archive. T

You recently joined forces with Ace & Tate alongside other Manchester figureheads to launch its new store. How did the opportunity arise?


Alec Dudson from Intern Magazine sent me a lovely email through my website asking if I would like to take part in this massive campaign and I immediately said yes. He told me that Intern were creating a one-off magazine for Ace and Tate and that there would be a supporting launch party for the store in Manchester. I have done in many in-stores throughout my DJ life, with connections to Diesel, Harrods, Selfridges, Virgin (Paris), New Look and G-Star so this angle was appealing. I did a bit of research and found both Intern and Ace and Tate to be brands that are stylish, perfectionists and directional yet with social / cultural principles that resonate with my own so it was a no brainer really. I have no idea how they selected me from Manchester’s creative hive though, you will have to ask Alec at Intern. 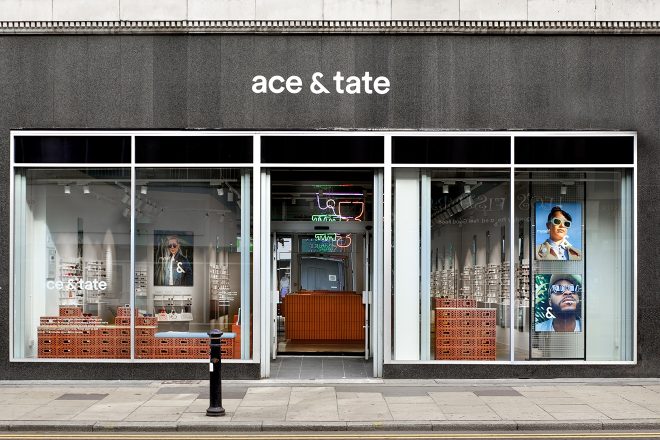 How do you think the brand compares to other eyewear brands out at present?

Ace and Tate glasses really stand out. They are for people who don’t follow the rules, who know what they like and what suits them, who aren’t afraid of looking different, who have their own style and who aren’t dictated to by the crowd.

We also hear you played at the event. How does playing to a smaller audience differentiate to playing at larger clubs around the world?

It is a lot more immediate and easier to buzz off people in more intimate surroundings – daylight / superstore raving is a different beast and attracting people into shops to buy product with music is an underrated artform. If you can transform a shop into a dance floor you can play anywhere. I always aim to entertain to the same standard if I am playing to one person or 30,000 so I make lots of eye contact, smile and dance around a lot. I suppose in smaller spaces I don’t crank out bass-heavy tech house but then again, if it was that kind of crowd or party then I absolutely would. I arrive early, get the gist of the party, take the temperature of the room, read the crowd and deliver a set that works for that space and soundsystem. And I always try to leave them wanting more. Larger clubs are serious and more straightforward – you’re further away from the people, have less interruptions and distractions and can concentrate on the technical side of your craft more. You don’t have anyone reaching behind you for a t-shirt, jeans or sunglasses unless they’re your mates. 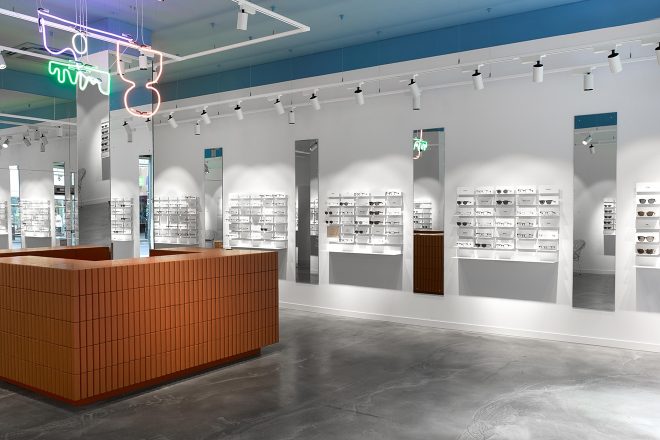 The city seems to breed a melting pot of creative geniuses. What's so special about Manchester?

Manchester is boss. End of. It’s a city of possibilities with decent, salt of the earth, no-bullshit people living and working in it, who like to help when and if they can, who will pass you to someone else if they can’t and who are open-minded, open-handed and open to ideas and collaborations. It is a place where if you have a good idea there are people who will help you realise it and who will encourage you to reach your full potential. Since moving back in 2015. I have found that people really do like to help each other here and are happy for others to succeed.

We also hear you're currently working on an exhibition?

Yes, I have been invited to curate an exhibition – or more a Gallery interruption - at The Lowry Art Gallery in Salford (Media City). It’s called HOMEBIRD: Edit 03 – it’s not a straight retrospective of my career – although it does take in that, it’s more a discourse on identity, religion, gender, sexuality, society and what it means to be a Mancunian black woman in the world in 2018.

I have taken over the whole of Gallery A, the production is based on a maze and we are on course for filling the 15 themed walls and cases with a stunning array of photography, posters, art, fashion, radio, video, music, poetry, lyrics…

Finally, what else can we expect from you?

Chris Massey (Sprechen Records) and I are back in the studio and working on the follow up to ‘Sheroes’. DJing continues with my MCR:Live and Reform Radio shows, Tariff and Dale, Refuge and Albert’s Schloss bar residencies plus launch dates for a new Manchester venue – YES and parties at the Albert Hall for La Discotheque and Brutus Gold’s Love Train. Day job- wise, I am excited to be joining NCS: The Challenge again in October / November instructing the half term waves. I think that should keep me out of trouble until Christmas.

Check out the new Ace & Tate store location at 21 Oldham Street, Manchester M1 1JG and for more information on Paulette's up and coming exhibition click here.